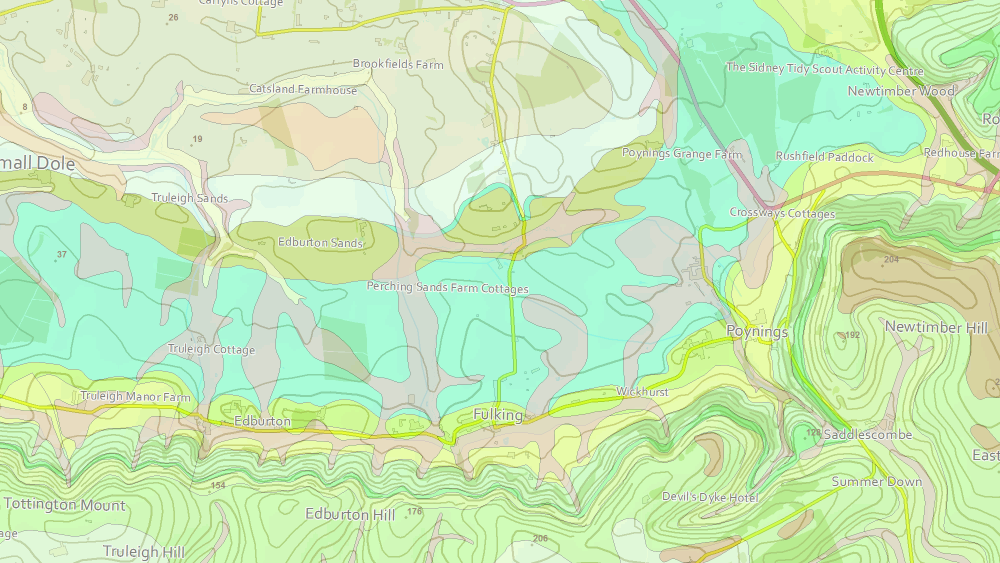 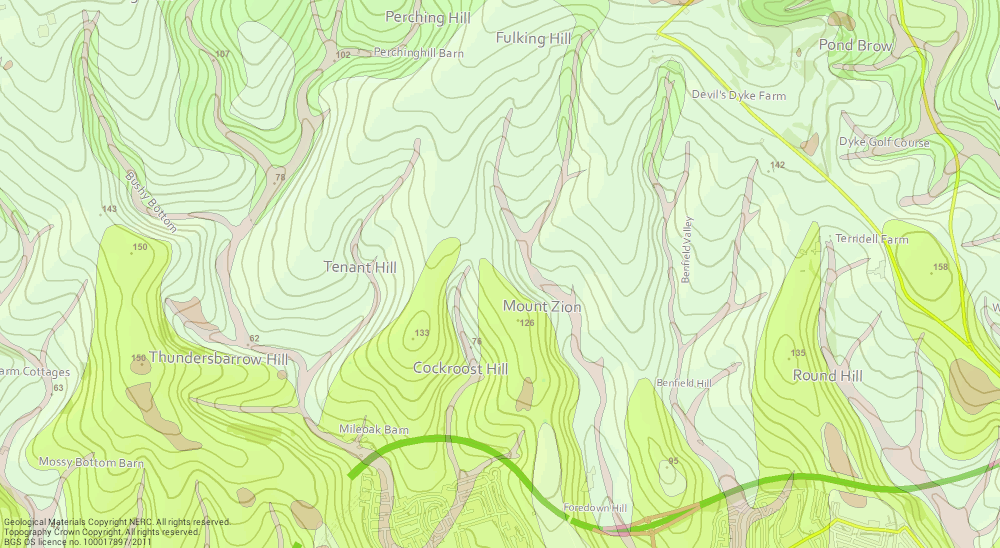 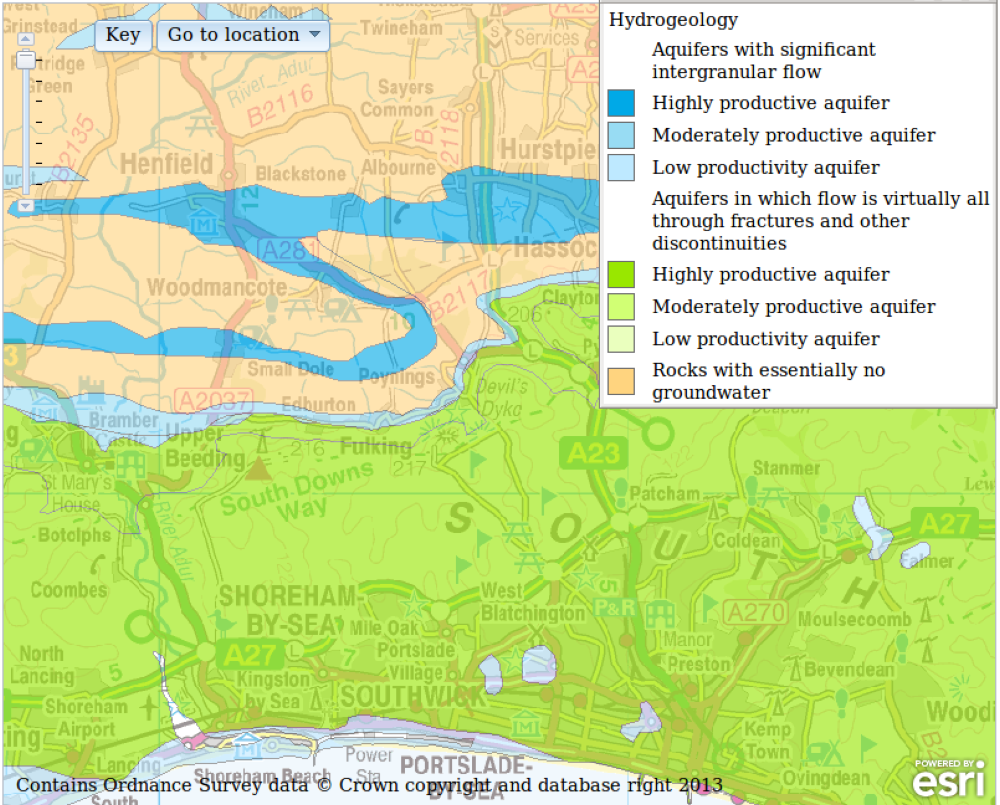 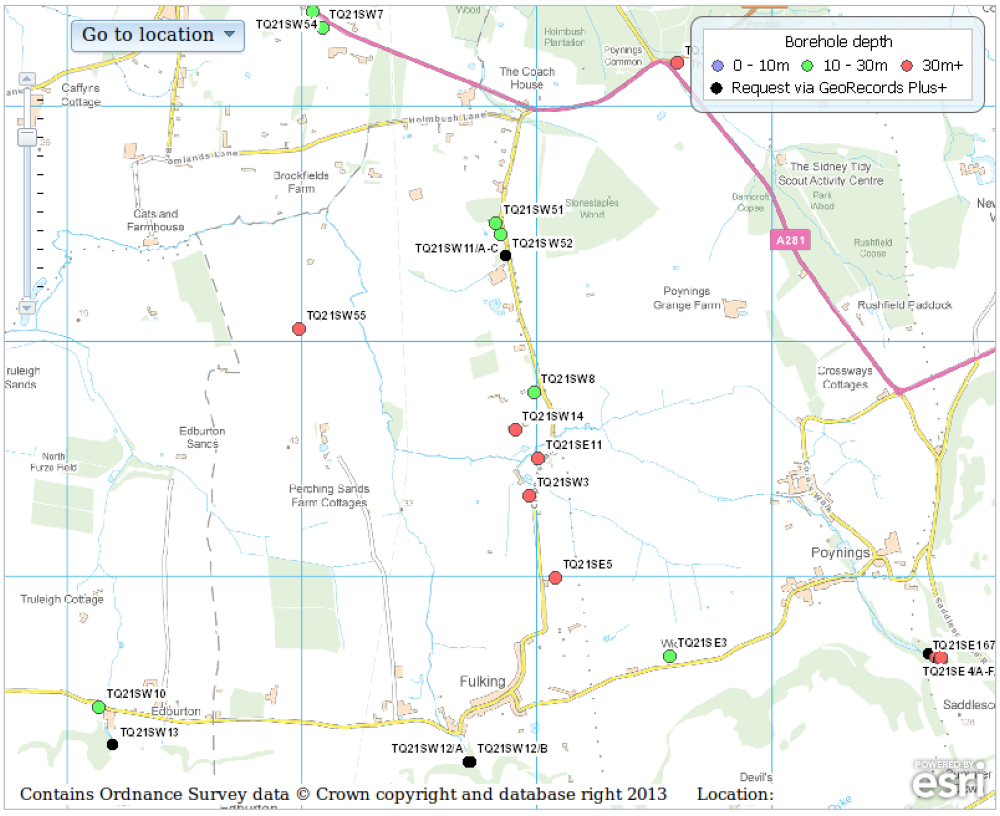 The solid (bedrock) geology of the South Downs National Park 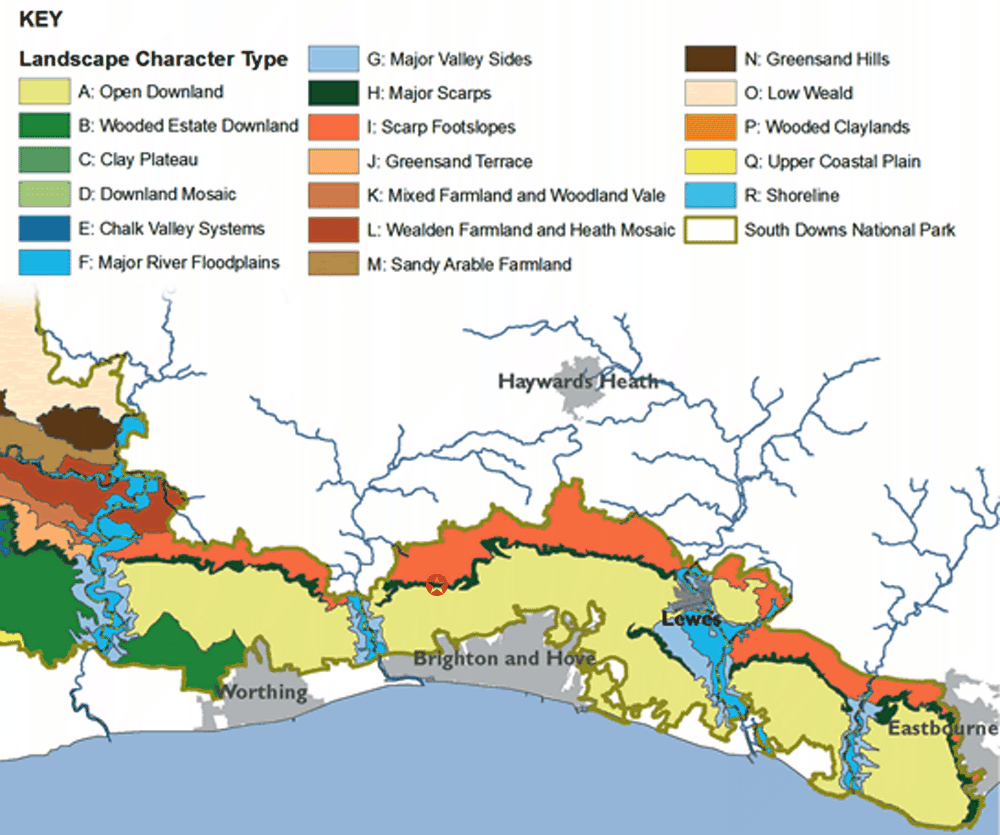 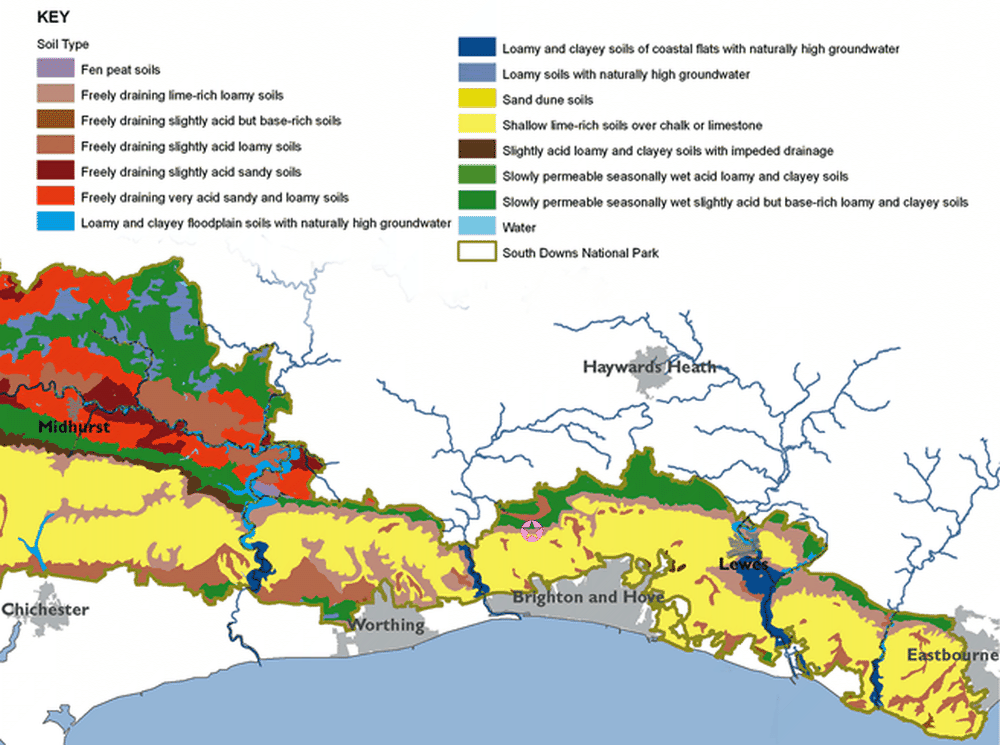 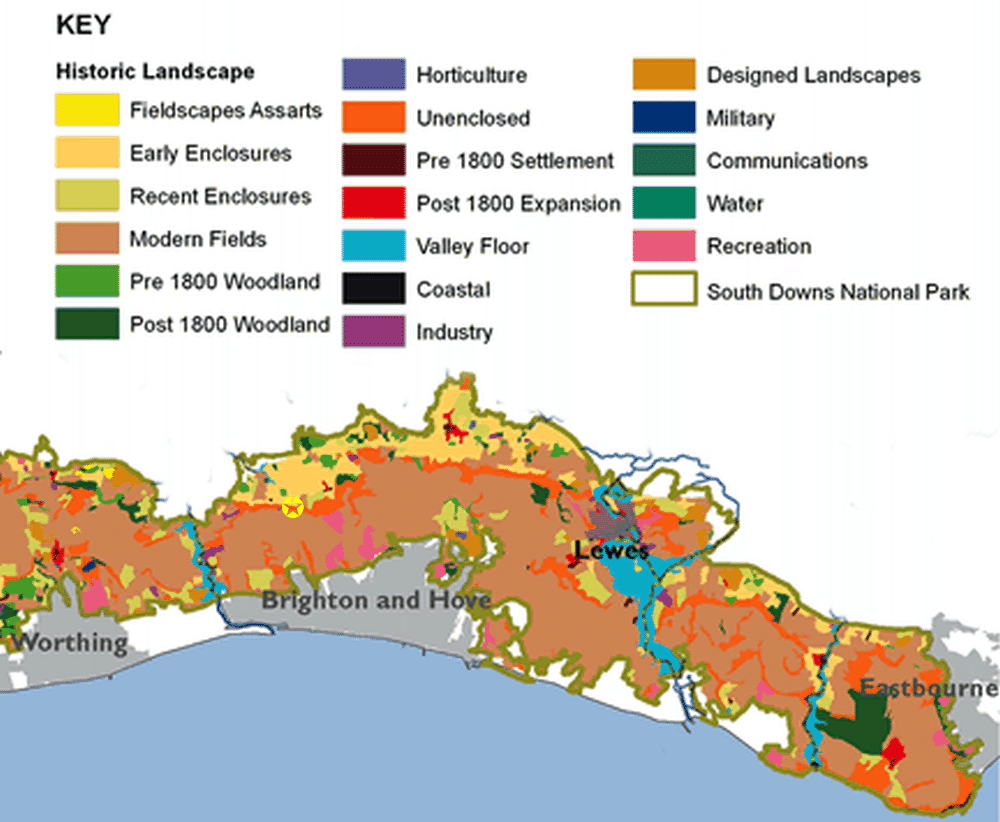 The maps above derive from those found in Chapter 2 of the 2012 edition of the State of the National Park Report issued by the SDNPA. The originals were produced GeoSpec, University of Brighton, in February 2012. 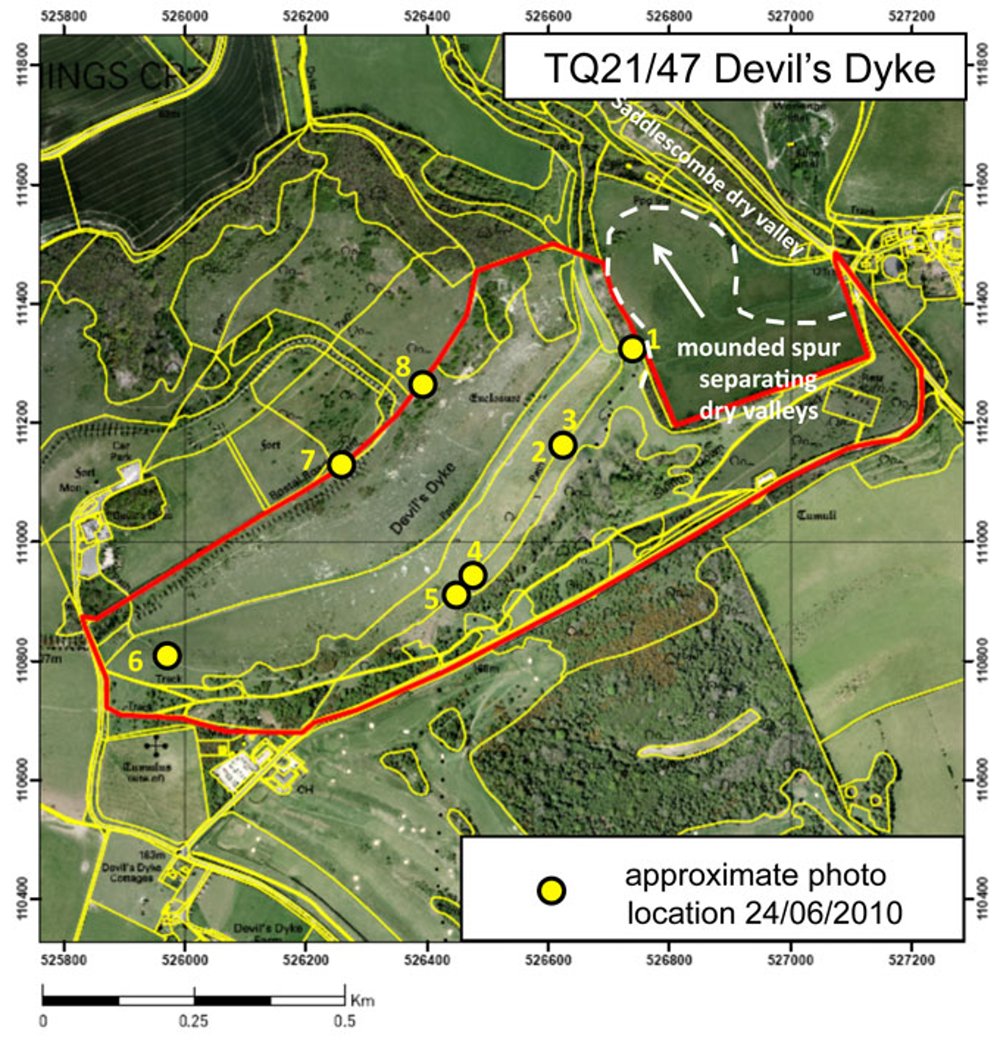 The geology of Devil’s Dyke: clicking the image will take you through to the relevant Sussex Geodiversity page and allow you to access the photographs that correspond to the numbered yellow dots. 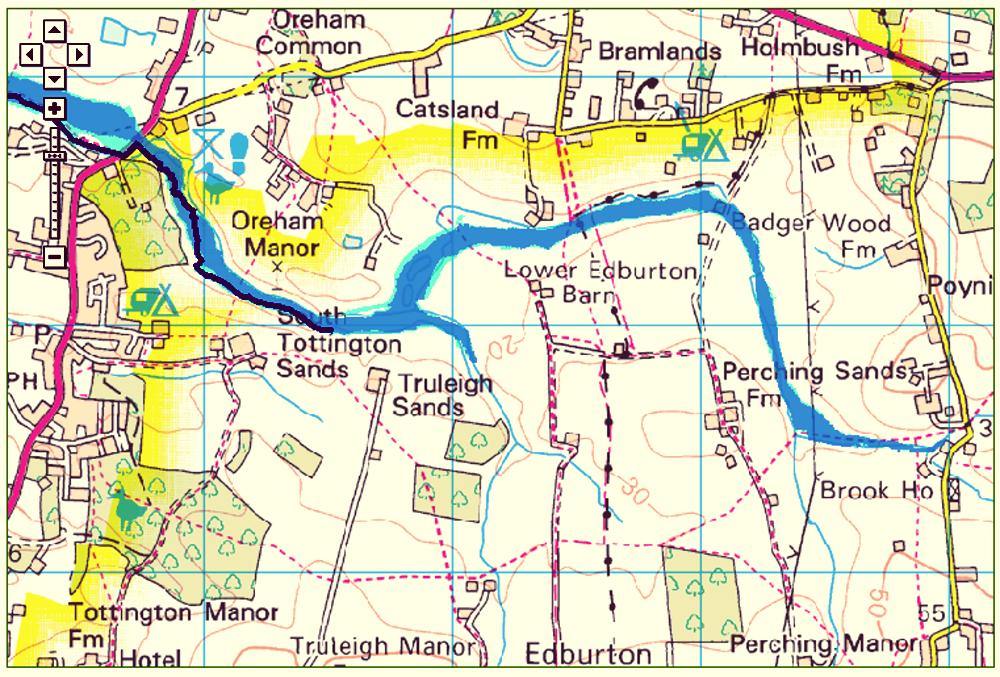 The risk area (blue) for flooding in Edburton and Fulking: the Environment Agency rates the risk as ‘significant’ which means that there is a greater than 1 in 75 chance of flooding in any given year. 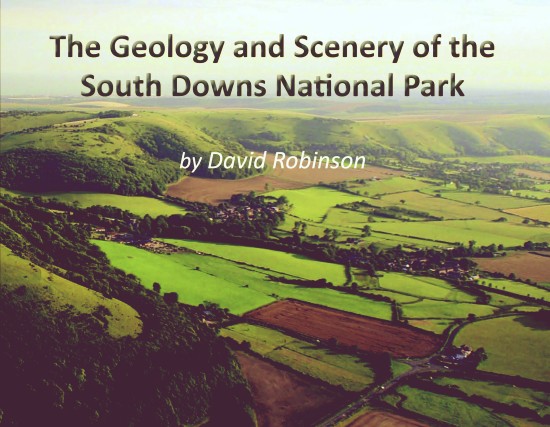