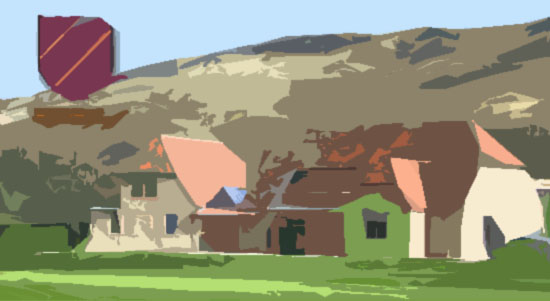 We should like to comment on Bobservation no. 2 – Preston Nomads, published in Pigeon Post at Christmas. The gist of it was that there had been a “mini-furore” over the recent licence application and that the club was architecturally attractive, wasn’t a nuisance and that we should “count our blessings and see if we cannot appreciate the club more”.

We are reluctant to criticise the views of someone who does so much for the village, for which we are all grateful. But the background history to PNCC is that many villagers felt that we were not given sufficient opportunity to scrutinise the substantial size of the buildings covered by the original planning application, so much so that this was a factor in deciding that the details of all Planning Applications are now circulated, with the Parish Council holding open meetings to discuss all new planning applications.
In his article, Bob Rowland does not recall any nuisance being caused by the club. The Village Plan states its primary objective as preserving Fulking’s character as a tranquil and historic village set in unspoilt countryside being of paramount importance to residents. It also states the objectives of slower traffic speeds and quieter surroundings in The Street and Clappers Lane. Some of us feel that the noise and additional traffic from PNCC are a real threat to these objectives.

In 2007, PNC made five planning applications, of which two were retrospective, to continue the ongoing development of its already considerable facilities. Four of these applications were refused. In response, the chairman at the time protested that the club had no intention of increasing the use of its grounds or commercialising its activities. We need to do our best to ensure the club maintains this commitment. The new Premises Licence, which has since been approved, allows the bar at PNCC to be used more widely so, on the face of it, encourages more people to visit, more traffic and consequent noise which appears to conflict with this commitment.

For these reasons, we should continue to be vigilant, but reasonably so, for example in a spirit of “give and take” we didn’t complain when PNCC advertised an end of season Closing Party on its website for Saturday 6th September 2014, with hours of 7pm until 11pm, with live music, which was in breach of the planning conditions. So, despite the complexities of monitoring the planning actions of several different departments within West Sussex District Council (Planning, Enforcement, Licencing and Highways), we hope that disturbance can be kept within reasonable limits especially out of consideration for those who actually live close to the premises.

For the avoidance of doubt and in the context of the club still sitting on the multi-million Spen Cama bequest, which could always be used to try to develop the club further, the main current planning restrictions in place are:

The pavilion shall be used only in connection with sporting activities taking place on the adjoining sports fields or otherwise as a clubhouse by members of Preston Nomads Cricket Club; it shall not be used for any other purpose without the prior written consent of the Local Planning Authority.

No public address or other sound amplification system shall be installed or used without the prior written consent of the Local Planning Authority.

The pavilion shall not be used before 0800 hours or after 2300 hours on any day unless otherwise agreed in writing by the Local Planning Authority.

The Club had an extremely busy fixture list during 2014, concentrated in the Summer months when we all like to enjoy life outdoors. We assume 2015 fixtures will be similar. When both pitches are being used there are 44 players involved plus supporters, with all their cars, so we all need to ensure the planning guidelines are followed , especially so for any non-cricket events planned. These guidelines are designed to protect the surrounding countryside and the amenities of the residents of the village of Fulking.

We are conscious that the current management of PNCC does its best to minimise disturbance and we are certain that the Club’s benefactor, Spen Cama would not have wished his generosity to upset PNCC’s neighbours.