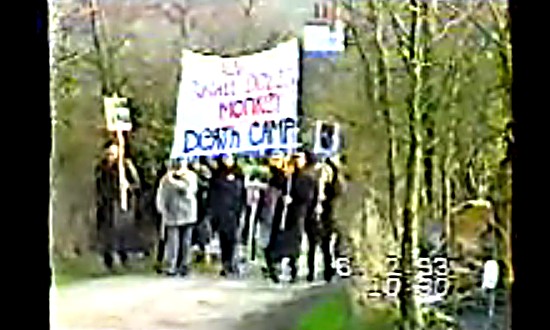 Councillors were urged by planning officers at this week’s planning committee meeting to make a decision on the future of an old ‘monkey farm’ .. the two commercial buildings located on a brown field site in Small Dole have been proposed to be demolished and replaced by two detached houses with garages .. the application has been refused on previous occasions, reducing the number of dwellings from four, to three, and finally to two .. the industrial buildings were marketed for commercial use over a specified period, but did not generate any interest. .. It was finally agreed that the application be refused and the decision to be placed in the hands of residents as part of the local parish council’s Neighbourhood Plan.