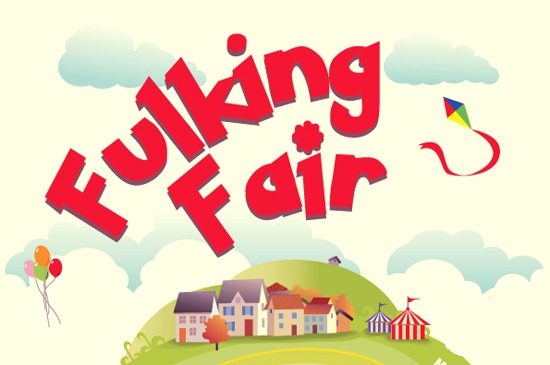 In spite of the weather forecast we went ahead with the 2021 fair on 8th August and although the rain came in, at times heavily, the event really got under way by early afternoon in dry and quite pleasant conditions. First mention must be made of the village helpers who put a tremendous effort into making it so socially successful. Villagers were involved in Flyer distribution, Sign making and placing, Parking, Traffic control, Bar, BBQ, Cakes, Childrens’ games, Stall allocation, Rubbish collection, Cash counting and banking, First aid and Supervision. I hope I haven’t omitted something! And considering that this is a very small village they all did a great job and we made a profit of £414! Second and equally worthy of a gold medal were the stallholders who gave us their support, although financially it must have been a pretty bad day for them. We look forward to seeing them all next year. Lastly and by no means least the RSPCA fun dog show was a great success and without it the attendance would have been much worse. I hope that Fulking and RSPCA will form a Fair partnership for many years. Personally, my involvement makes it one of the most enjoyable days in my year. Please put Sunday 24th July 2022 into your diary as the Fair date for next year.


No Fair was held in 2020 but the 2019 Fair was held on Sunday 28th July in the North Town Field, Fulking, and incorporated an Allsorts Dog Rescue Fun Dog show. There was free parking in Downside Meadow and there were many stalls along The Street. The fair opened at 12:00 noon with dancing through the village by the Marta Scott Dancers and it finished at 5:00pm. The dog show ran from 12.30pm until 3:00pm. An entry donation of £1 per adult was requested to help cover the cost of set up, children 16 and under were admitted free.

There were teas and cakes in the village hall and beer and Pimms in the marquee. In addition to the extensive food area, there were tombolas, pony rides, a tug of war, live music, a puppet show, a mini bungee jump, a coconut shy, stocks, tattoo painting, and other games for children.

Fulking Fair was the winner of the Argus Community Event of the year in 2014 and was described as being ‘renowned for holding one of the best fairs ever to grace the county’s glorious countryside’. 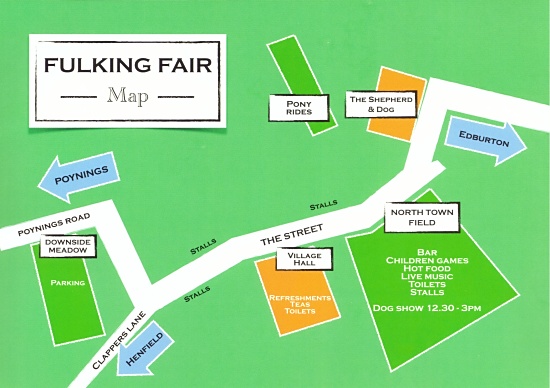 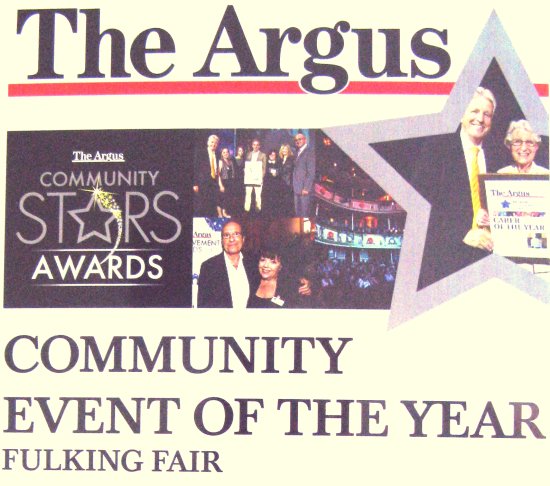 The Argus 2014 Night of the Shining Stars