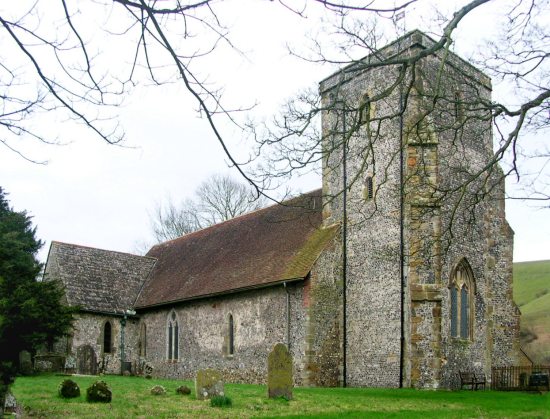 St. Andrew’s is part of the Downlands Benefice with the Reverend Tim Harford as Priest-in-charge. Services at St. Andrew’s are held on the first and third Sundays of the month at 11:00am.

This Anglican parish church dedicated to St. Andrew was rebuilt in the late twelfth century, in late Norman and Early English style, beginning with the nave and finishing with the tower. The interior stone came from Caen in Normandy. The well proportioned tower is mainly of flint.

From 1705 to 1716, the rector of St. Andrew’s was George Keith, a Scottish-born Presbyterian convert to Quakerism who once served as a leading minister of the Philadelphia Monthly Meeting in Pennsylvania during the late 1680s and early 1690s. Keith’s attacks on the political and religious authority of the colony’s ruling Quakers initiated a serious schism within Pennsylvania Quakerism during that time. In 1693, after Keith was expelled from the Society of Friends, he published an antislavery tract excoriating Pennsylvania Friends for their involvement in slavery. Keith converted to Anglicanism in 1700 and returned to North America as the first missionary for the Society for the Propagation of the Gospel in Foreign Parts in 1702-1704. Having traveled the world as renowned theologian and missionary, Keith served out the remainder of his years as the rector of St. Andrew’s in Edburton, although in his final six years of life he was so sick he often had to be carried to the church to perform his duties.

Over the last hundred years, it has been widely assumed, by those who have had occasion to care about such matters, that St. Andrew’s is “the little church at the foot of the grey-green down” that features importantly in Margaret Barber’s 1902 best seller, The Roadmender, a book of Christian allegory and Anglican mysticism. The book remains popular to this day but St. Andrew’s is not the church that she wrote about: 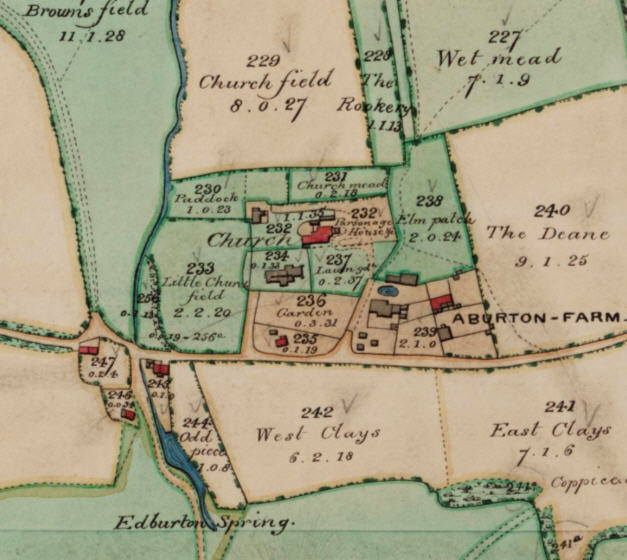