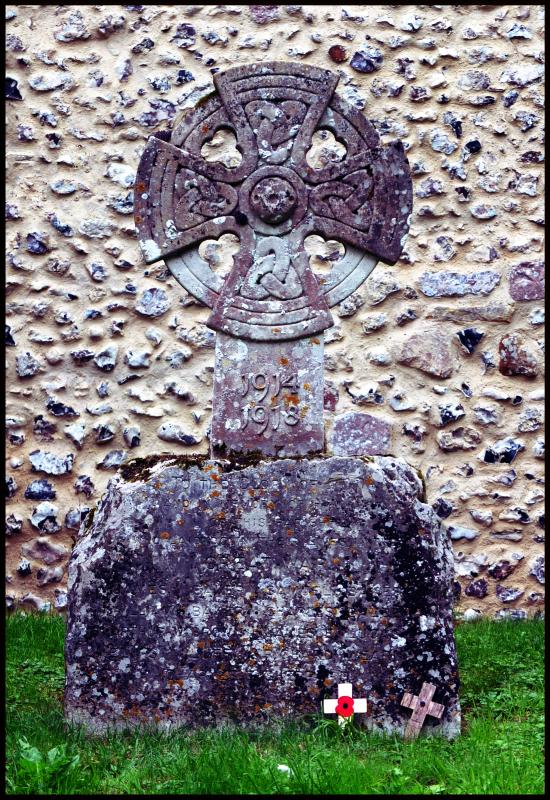 Inscription: 1914-1918 To the Glory of God and to the memory of the men of this parish who laid down their lives in the great war.

Began work as a farm carter boy, married in Brighton in the year he died, resident at School Cottages, Edburton. Served successively in Greece, Turkey, Egypt and France. Awarded the 1914-15 Star and the British War and Victory Medals. Died in Pas de Calais.

Awarded the British War and the Victory Medals. Brother of James (above) and William (below).

Born in Portslade in 1879, the son of a farm carter. Subsequently lived in Shoreham, employed as farm labourer, beach carter and cartage contractor. Married Emily Grinstead in 1896. Of the four Baker brothers, only the youngest, Albert, survived the war.

Awarded the British War and Victory Medals. The census records that his parents were running the Shepherd and Dog by 1901 and were still there in 1911. His father died in the same year as his son.

Farm labourer. Awarded the British War and the Victory Medals.

Grocer. Awarded the British War and the Victory Medals.

For a fuller account of what is known about the life and death of Private Luff, see Nightingale & Wilson-Wheeler (2016), pages 55-57.

A general labourer, born in Fulking, enlisted in Hove, married in Edburton in 1917. Awarded the British War and Victory Medals.

A builder’s carter, born in Hove in 1889 and living with his parents in Kent Cottage in 1911, he emigrated to Australia the following year and became a gardener. He enlisted in the Australian Army in 1915, was wounded at Gallipoli and again, fatally, in France. Awarded the 1914-15 Star and the British War and Victory Medals. 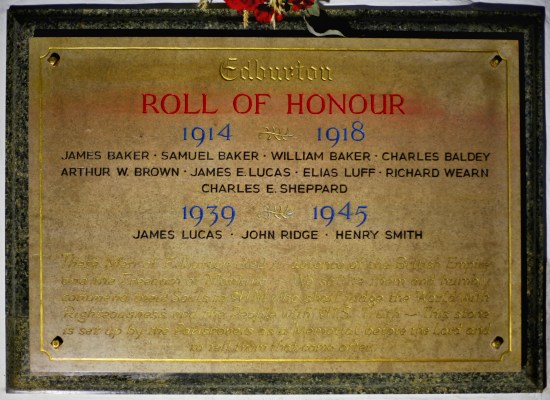 Inscription: These Men of Edburton died in defence of the British Empire and the Freedom of Mankind ~ We salute them and humbly commend their Souls to HIM who shall judge the World with Righteousness and the People with HIS Truth ~ This stone is set up by the Parishoners as a Memorial before the Lord and to tell them that come after.

Henry Smith
Not identified: one of 412 in CWGC records with that name.

The original text of the individual entries provided above is the work of Chris Comber and is taken from the relevant page of the invaluable Roll of Honour website, copyright © Roll-of-Honour.com, 2002-2015. We are very grateful to Chris Comber and Martin Edwards for their permission to use this material here.

Additional information concerning those who died in WWI has been abstracted from the relevant pages of Pat Nightingale & Ken Wilson-Wheeler (2016) The People of Beeding and Bramber in the Great War, Upper Beeding: Beeding & Bramber Local History Society. The same authors provided the linked Sussex Daily News clipping concerning the unusual circumstances surrounding the death of Lance-Corporal Elias Luff. 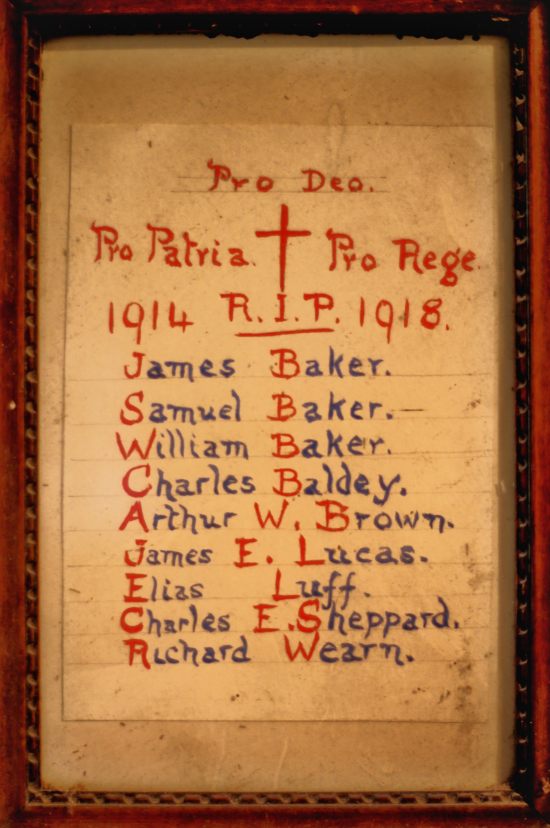