My grandfather, Henry Harris, came from a farming family that had farmed in Dorset for about two hundred years. In 1891 he moved to Silton Manor, a farm of about 400 acres near Gillingham in Dorset. His son, my father, was also called Henry. Dad was one of a family of seven boys and six girls. The boys all became farmers and the girls, with one exception, married farmers. Five of Henry’s brothers fought in the 1914-18 war. They were all in the Dorset Yeomanry, as most farmers’ sons were and all returned without serious injury. My father was in Egypt and Palestine fighting the Turks and apart from being stung by a scorpion and a few bouts of dysentery was unscathed. In 1991 a centenary gathering was held at Silton Manor and about sixty relatives and other folk connected with the Harris family attended. Some came from as far afield as New Zealand and one from Zimbabwe. Two coaches were hired to take the guests on a tour of the Dorset farms where members of the family had once been tenants.

Over time the family had been able to purchase the farm and the size of the holding had been greatly increased. Six of the seven sons gradually left Silton once they had saved enough money to branch out on their own, leaving the youngest brother as tenant at Silton, until, at a later date, he was able to buy out his brothers. My father (Henry) married my mother Amy in 1920 and left the family farm in Dorset in the same year. At first Amy stayed behind while Henry moved to Sussex and rented a large farm of about 800 acres in Fulking called Perching Manor. This was in Crown ownership and later more land, adjoining the farm, belonging to Brighton Corporation, was rented. The land associated with these farms had become very run down and it took several years to return the land to good health. Amy came out to join her husband in 1922.

Perching Manor as it was between the wars
At that time there were no tractors and all the cultivation was done using heavy horses of which there were about ten at Perching. The carters started start work at five o’clock in the morning and stopped at half past three in the afternoon. It took two horses and one carter with a single furrow plough, to plough one acre a day. At the end of the day they then brought the horses back to the stables, fed them and bedded them down for the night. 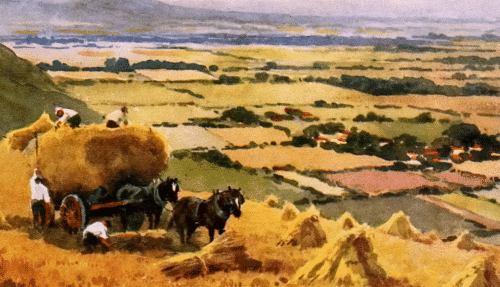 Harvesting on the Downs above Fulking
It was not long before Henry and Amy’s family had grown considerably. Their eldest child Henry, was born in 1926, Brian came along in 1927 and Geoffrey in 1929. They were followed by Susan in 1932, Edwin in 1936 and Alban in 1940. All the boys except Henry worked at Perching Manor Farm and Susan married a farmer. 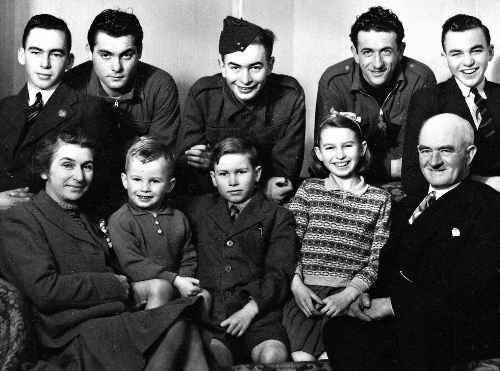 Henry won various scholarships first to Oxford and then to American Institutions. He later became a professor aged 23. He took out American citizenship and spent the rest of his working life teaching classics in the USA and Canada. He retired to Vancouver Island in British Columbia and died in March 2007.

A large part of the farm was on top of the Downs where there were cottages for the farm labourers and stabling for the horses. A large flock of sheep was maintained and the land was kept fertile by folding them over land that was used for growing turnips, swedes and various brassica crops. 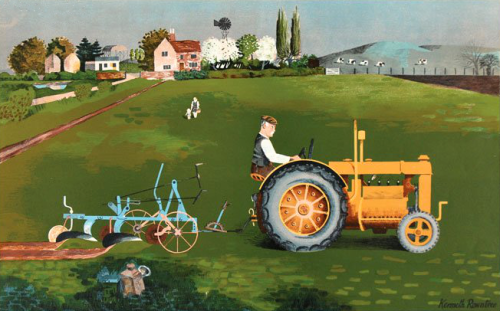 A Fordson tractor pulling a two-furrow plough
Kenneth Rowntree, 1946
Henry Harris was a good farmer and soon gained respect among the farming fraternity. In the early years, it was a mixed farm with a large dairy herd, a flock of sheep and a large arable acreage. In 1937/8 Henry bought their first tractor: a Fordson. From then on cultivation became easier. The tractor could pull a two-furrow plough and this meant that three acres a day could be ploughed.

When war was declared in 1939, farmers were pressed into increasing productivity. Perching became much more mechanised and the acreage put to the plough was increased. A greater variety of crops was grown, including flax, potatoes and other vegetables. Any land worked by hobby farmers that was considered unproductive was confiscated and handed to more efficient farmers for the duration of war. My father’s acreage was considerably increased by the scheme. 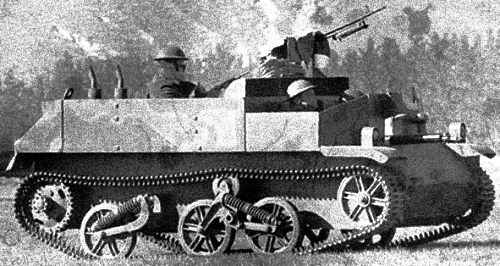 Bren Gun Carrier
In 1941 all of our land on top of the South Downs was requisitioned by the War Department for training the army in the use of live ammunition. This left us with only the north escarpment of the Downs for grazing and a fence was erected along the top of the Downs to keep our cattle off the artillery ranges. However, there was plenty of grazing on the ranges and the temptation was to leave the gate open and let the cattle get to the better pasture. It was during this time, whilst out on my horse looking for our quite large herd of cattle, that I came across a Bren Gun Carrier with some men from the electricity board mending wires that had been brought down by artillery fire. I enquired if they had seen our cattle and they directed me to an area where eight steers and heifers lay dead. Apparently a mortar bomb had landed right in the middle of them and this was the result. It was debatable who had left the gate open, but we claimed the Army was at fault and we were compensated £18 a head for each animal.

In 1942 three Italian POWs came and worked on the farm. They were billeted in the cellar at Perching Manor, which was a great help, as most of our young labourers had been called up. The Italians weren’t repatriated until 1947 and in the meantime we also acquired two German POWs who returned home in 1948. Before the Germans left we were allocated two Latvian displaced persons. One left for Canada after about 3 years, the other, Rudolf, remained at Perching for his entire working life. 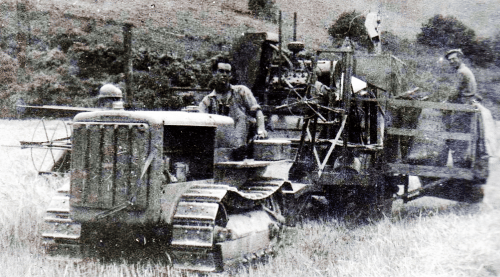 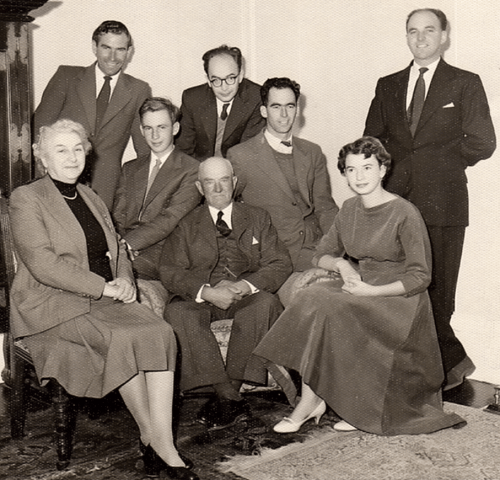 In 1950 my father formed a partnership between himself and four of his sons (Brian, Geoffrey, Edwin and Alban). The farm was considerably enlarged in the 1950s with the largest addition being a 250 acre farm purchased at Findon, along with another of 160 acres at Small Dole. By 1960 the Harris holding was in excess of 2000 acres, about half of which was owned by the family and the other half rented.

By this time our milking herd was long gone. It had to be disposed of because it had become too difficult to get staff willing to start very early in the morning and work a seven day week. Perching became an arable, sheep and beef farm, growing about 1000 acres of grain, mainly barley, and maintaining a flock of 1000 breeding sheep and a herd of 250 beef suckler cows. Most of the animals were fattened and then sold on. 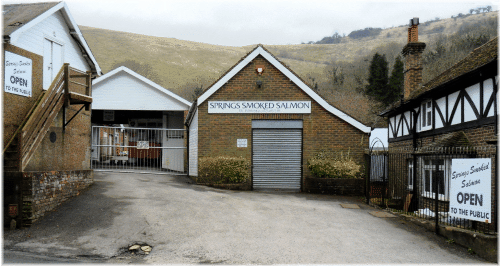 Brian took over running Perching Manor Farm, as his brothers gradually branched out to run their own farms. Edwin went into sheep farming and is now retired. Alban (Shiner) has land at Pyecombe and Fulking and rears beef cattle. 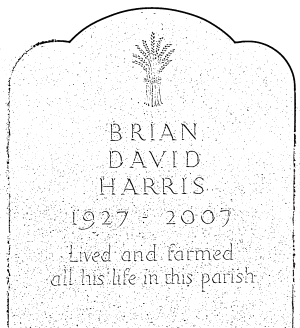 Editorial postscript: ill health forced Brian Harris to retire from farming in 2006. He died in July the following year and is buried in the churchyard at St. Andrew’s. His daughters took over running Perching Manor Farm.