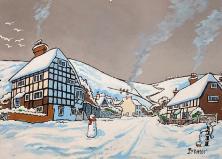 Wherever one goes the Downs form an imposing backdrop and it is the combination of the scenery designated as an Area of Outstanding Natural Beauty [AONB] and the varied old buildings with flint walls and cobbles which gives Fulking the charm and mellowness which is so attractive to visitors. One author wrote that “Fulking is set so close under the Downs that the great curves of the hill brood over the cottages like a hen over chicks.”

The name of the village has always attracted a certain amount of merriment for those that like to rearrange letters in an Anglo-Saxon manner and probably derives from the early settlers ‘the people of the Folc’ and by the time the Domesday record was made in 1086 ‘Fochinges’ or ‘Fockings’ was a well-established farming settlement: ‘It vouched for three hides and one rod. Six villains are there with two ploughs’. This indicated a farming area of about 340 acres with six tenant farmers. By the 13th century it was called ‘Folkynge’ and in the 14th century ‘Fulkyng.’ 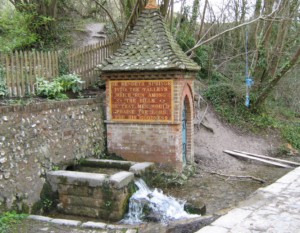 The Spring and Pump House

Fulking owes its existence to the spring at the end of the village street which, it is reported, has never run dry! Esther Meynell in her 1947 book SUSSEX gushes “Fulking is notable with water. At the foot of the steep little village street, which slopes sharply down to a hollow curve, there is one of the most glorious springs in Sussex, leaping out of the chalk with a shout.” In the days when there were hordes of sheep upon the downs the spring used to be damned in the hollow of the lane and a sheep wash made in the bend. 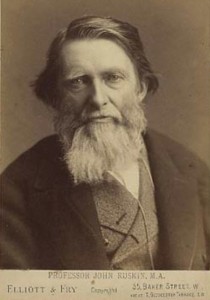 John Ruskin, who, in addition to being an author, art and social critic, was also a geologist and he took pity on the men and women who carried the water up the steep hill by hand and in about 1886 arranged for the building of the ram, by the Shepherd and Dog Public House, which pumped water up the hill in pipes to the villagers, either to their homes direct or to several pumps, and the main features of this unusual system, including the ram house, fountain head and lever pumps, remain largely intact today. The system supplied the village with piped water until mains water was brought to Fulking in 1951. 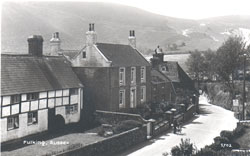 Many of the houses in Fulking predate the 20th Century and several are of 17th Century origin including a number of attractive thatched roofs or timber framed buildings. In 1984 in recognition of the village’s architectural interest the Department of the Environment selected ‘the Street,’ which is the main road through Fulking, as a conservation area. However fewer than one third of the people of Fulking live in The Street and many other houses and farm buildings are also within the boundaries of Fulking including communities in Stammers Hill and along the quixotically named Clappers Lane, [once a smugglers route] which runs from The Street all the way up to the Henfield Road.

We were one of the last villages to partake in ‘Good Friday Skipping’ where the boys and men used to play marbles while the women skipped with clothes lines and neither joined in the others’ game. 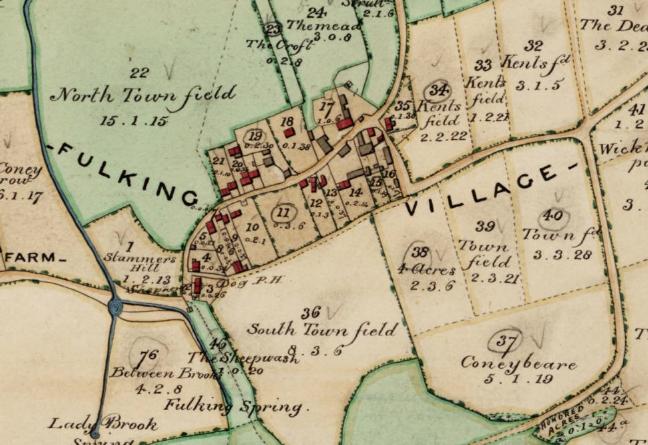