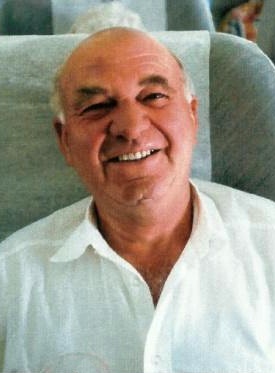 Geoffrey passed away in the Sussex County Hospital on the 4th December 2013. His funeral was held at Worthing Crematorium on the 13th of January. He was one of the very few left of his generation who had been born in, lived in, Fulking/Poynings all their lives. Geoffrey was born in 1929 at Perching Manor, he grew up and worked on his father’s farm as did his brothers. During the war, although under age, he was a member of the Home Guard where he became a crack shot winning many trophies and cups.

Whilst visiting Findon, Geoffrey met Jo, his wife-to-be. They married in 1950 and moved into the house called “The Perch” on the Edburton Road. By 1963 Geoffrey was running his own farm at Findon. As their family grew, they moved to “The Springs”. With a family of three growing lads, Jo decided they had to find an additional source of income to supplement the household budget.

Jo’s father had a smoked fish business in Suffolk which was working very well so she decided to try this idea out. With Geoffrey’s assistance they built their first small smoker. This was a success and soon they were having trial sales of the products and the business started to become established. Finally, the point was reached where Geoffrey had to decide to give up farming and concentrate entirely on the fish smoking business. His decision changed the whole of their family’s lives.

“The Springs Smoked Salmon” was established and grew from strength to strength. They were soon supplying the airlines and top London restaurants with smoked salmon and other smoked items. Whilst working very hard, they also found time to enjoy life with their well earned success. Occasionally he would recount fascinating stories of the wonderful holidays he and Jo had enjoyed in parts of the world which, in those days, were not as readily accessible as they are today.

In 1978 Geoffrey and Jo moved to “Downmere” in Poynings and, in 1990, they retired leaving two of their three sons to run the business at Edburton, whilst the third son went to Australia and started his own successful “smoked fish” business there, following in the family tradition.

I first met Geoffrey in 2003 when I sought his help for information for my book on the history of Fulking and Edburton. He agreed to help and we soon became good friends. The more I got to know him, the more I learned. He had an amazing wealth of knowledge on life in Fulking before and after the war and the vast of changes the village went through from a village of farm labourers, small holdings, nursery staff, etc., to the very different village we know today. He told tales of the problems he had encountered and had had to deal with, ones that required skill and diplomacy. He thought the world of his staff and treated them well.

Alas he will be sadly missed by all those who knew him.

[Editorial note: Geoffrey Harris’s own 2007 recollections of his life and family can be found here.]