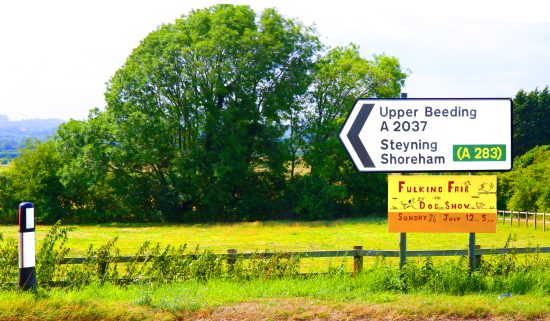 Fido was confused. He decided that, on balance, it would be best if he set off for Upper Beeding on Sunday morning after breakfast. If the show wasn’t there, well, he could continue on to Steyning via Bramber. He wasn’t sure about Shoreham — it was a long way and his legs were rather short. He had done it once but he had been much younger in those days and a nice lady from Shoreham Dogs Trust had still had to drive him home.

Fido wasn’t ambitious, or vain, but he had always secretly hoped that he might one day receive a ‘Third Reserve: Well Done!’ beige rosette in the ‘Any Other Dog’ category. Next Sunday was going to be his chance to make that dream come true.