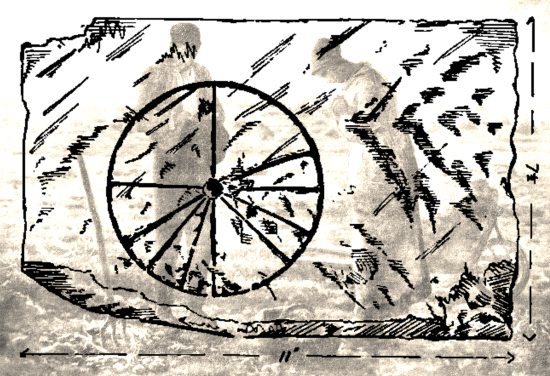 Scratch dials (aka ‘mass clocks’) are primitive medieval sundials to be found on some of the oldest buildings in the country, mostly churches. Quite a number are located in the area around Beeding and Bramber: they can be found at Botolphs, Coombes, New Shoreham, Old Shoreham, Kingston Buci, Southwick, Lancing, Hangleton Manor and Old Erringham Chapel. St. Andrew’s in Edburton boasts no fewer than four. The talk will provide a copiously illustrated survey of these archaeological relics.