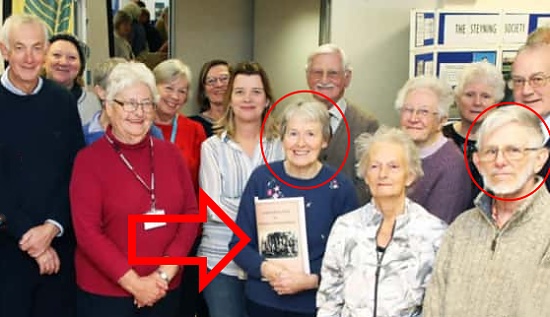 Pat Nightingale and Ken Wilson-Wheeler have just published World War Two in Beeding and Bramber, the follow-up to their WWI book. Like the earlier volume, this profusely illustrated 43 page pamphlet covers Beeding, Bramber, Edburton, Fulking and Small Dole. The topics include evacuees, conscription, the Home Guard, air raids, farming, Canadian soldiers, casualties, the war memorials, and brief biographies of those who died including Flight Sergeant James William Lucas (son of Percy Lucas) and Chief Officer John A. Ridge, both of Fulking.