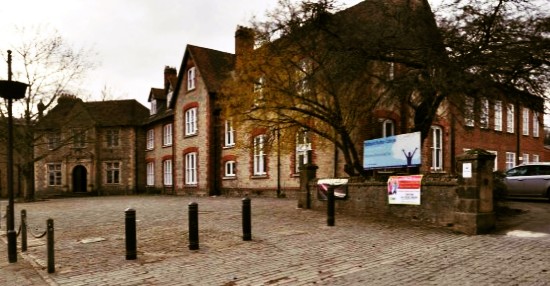 [A] condition imposed with planning permission requiring existing tiles to be reused was lifted. New tiles have instead been used to reroof the historic building .. Town councillor Colin Hughes hit out as members of the planning committee debated an application from the national park to ‘discharge’ another planning condition governing external insulation and lime render for the 1930s wing of the building. “I am concerned that the new tiles make Capron House look like a new housing development and I wonder what has happened to the original tiles. I don’t believe the South Downs National Park should be judge and jury over its own planning application – the plans they set themselves to achieve originally. I find it difficult that the national park can  discharge obligations that it set itself in its original plans – obligations which presumably they felt desirable for this type of building in the first place. They lose credibility in terms of applications which come before them from developers in the future. It seems there is one law for them and one for everyone else.” .. The application to discharge condition seven governing the insulation and render was the fourth similar application to go before town councillors.