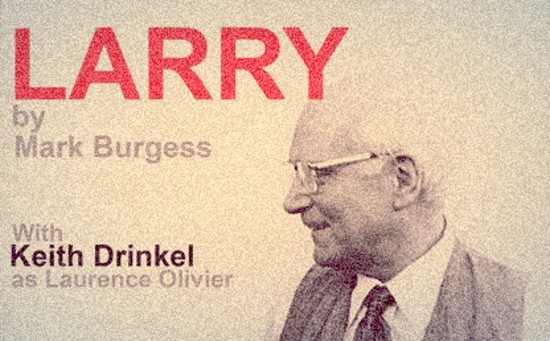 At Fulking Village Hall on Saturday 15th July at 7:00pm, duration about 65 minutes, tickets are £8 (£5 concessions) and available on the door only.

Larry is a play by Mark Burgess, directed by Daniel Finlay and starring Keith Drinkel as Sir Laurence Olivier. It tells the story of Olivier in his declining years making a new career for himself in film and television. He remembers his career running the National Theatre and his five years of stage fright. It tells of his determination to keep on working and his final performance of King Lear for television.

Larry has been previously performed in London and at Brighton Festival. Keith Drinkel’s own career spans fifty years on stage.

[N.B. the date for this event that appeared in the paper version of the July Pigeon Post was incorrect.]