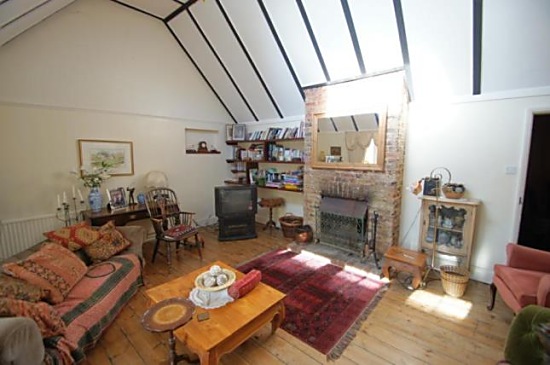 Originally, this was a small bungalow named Thurston, owned by G.F. Donne. In the 1970s it was acquired by Mr. Brutie and his wife who started a company in Poynings, packing screws, nails, and small items that were required by the handyman. This became very successful and he became known locally as ‘Mr. Screws’.

Sadly, no male member of Mr. Brutie’s family ever lived beyond 60 years of age and so, as he approached 60, he sold both Thurston and his business* and retired to live in Newtimber. He remained very active, but one day, on returning home from one of his frequent games of golf, he had a heart attack and died, having lived just long enough to defy the family ‘curse’.

The new owner set up a dog and cat boarding kennels known as Badger Brook. In the mid 1990s planning permission was granted for a two storey extension to be added to the north end of the bungalow. The pet boarding facilities were upgraded in the early 2000s and this business still operates from the north end of the site.

*Screwfix was subsequently purchased by B&Q.