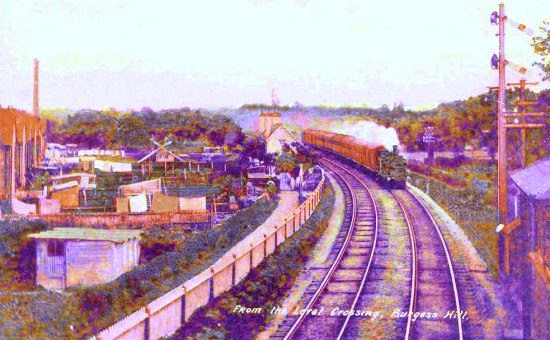 The following letter has just appeared in the current issue of Poynings News. Since water was pumped from Fulking as well as Poynings, it seems rather likely that exactly the same legal and financial considerations apply to those with water sources on their land in Fulking.

In the 1930s the Burgess Hill Water Company began abstracting water from the natural chalk downs aquifer in Poynings, pumping millions of gallons from boreholes and sending water to the rapidly expanding town of Burgess Hill. The result was that the water table dropped and many farms and other properties in the area found that their wells and springs which had provided water for centuries dried up. The Crown Estates successfully promoted an Act of Parliament which required the Burgess Hill Water Company (and its successors) to provide piped water to the affected properties. Each property was allocated an annual “allowance”, roughly equal to the volume of water previously obtained from wells and springs. Over and above the water allowance the water used was to be charged for. Since 1992 the water in the South East is supplied by South East Water, an Australian and Canadian owned Investment Trust Company, which has progressively taken over several local water undertakings. South East Water is now seeking to renege on its legal obligations to provide an allowance of water without charge. If your property is subject to the above Act you could see your water bill massively increase over the next year or so. My property’s annual water bill is set to rise from a few hundreds of pounds to over £10,000. I am not surprisingly contesting this. I strongly suggest that if your property is affected that you contact me with a view to taking concerted action.