[This post consists of two items that partly document the life of Albert E. Browne whose home was in Fulking, or the immediately surrounding area, for fifty six years.] 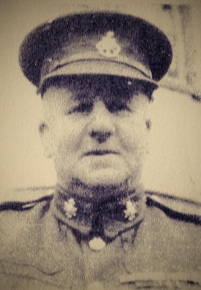 Fulking is .. proud of its son who has been awarded the O.B.E., and that I gathered when I saw the smiling countenance of a sergeant-major gazing at me from a frame. Now this is a rarity, for who has heard of a smiling sergeant-major, they are usually the reverse, so I stepped over to see who it was. I found it was none other than Mr. A.E. Brown. Yes, it is Mr. Brown now that he is back in civvy street.

Beneath his picture was the inscription, “Yes sir. Fulking is very proud of its O.B.E.” I stepped out to find him, and was fortunate to catch him before he started out on his lawful occasion, for he is busy these days.

I think he must be the most travelled son of Fulking, for it was in 1906 that he joined the 1st Battalion of the Royal Sussex Regiment and went off to India, where he spent 13 years. When his time with the regiment expired he endeavoured to “soldier” on, but the authorities turned him down so he returned to Fulking. With the outbreak of the last war however, he was soon in the thick of it, and with various establishments travelled everywhere, in fact he seemed to be always on the move.

Now that he has settled down in the quiet of a Sussex village, still with his smile but the Browns are still serving their country, for all three sons are serving with the forces, and strange to say in the three different services. One has recently brought home to Fulking his French bride, who is settling in, and enjoying her stay in this remote district. 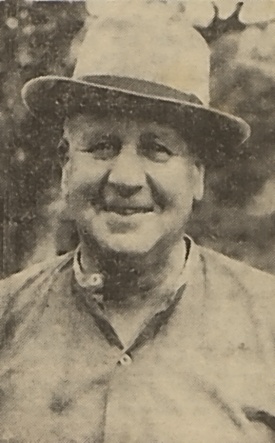 It is with very deep regret that we record the passing away of Mr. Albert E. Browne, O.B.E., on Tuesday October 10th, 1950 in the Elm Grove Hospital, following a very serious illness and operation: the Cremation took place at the Brighton Crematorium on Saturday October 14th, 1950, there being many beautiful floral tributes.

He and his family have been associated with the village for a very long while, in fact ‘Albert’ first came to Fulking in 1894 and for the past 17 years has resided in Yew Cottage. Perhaps, to many of us, he will be better remembered in Uniform for he spent no less than 30 years in the Service of H.M. the King, doing duty in many parts of the world, indeed the honour of ‘O.B.E.’ bestowed on him just before being pensioned, was well deserved.

After his retirement from the Service he was pleased to work for many in the Village and readily stepped into the breach to fill the gap upon the retirement of Mr. Walter Page as Clerk to Fulking Parish Council, holding this office until his health failed in the early part of this year.

Possessed with a happy although somewhat retiring disposition he went about his day cheerfully and quietly, always ready and willing to help others, always congenial and with a happy smile, never grumbling of his ‘lot’ nor criticising others — one of the ‘Old School’ who example we cannot but admire.

We all extend to Mrs. Browne and her family our very sincere and heartfelt sympathy in their sadness.