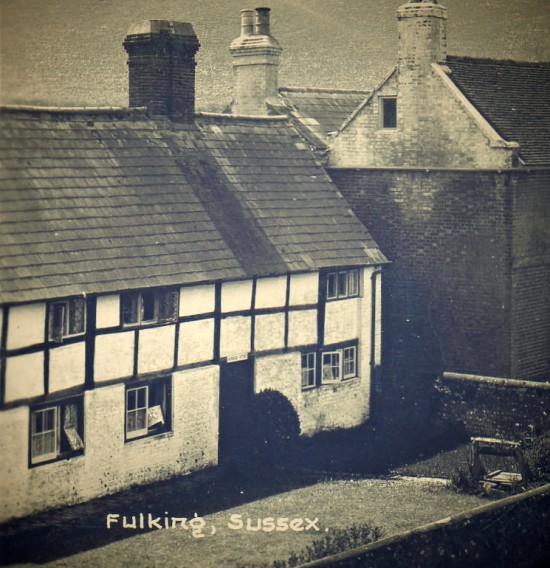 Arbor Vitae in the early 1900s (from an old postcard): note the well that can be seen in the front garden to the right of the picture.

Arbor Vitae (“the tree of life”) is a Grade II listed cottage on the south side of The Street in the middle of Fulking. The listing details read as follows:

The original building was three rooms wide, an unusual configuration for a cottage. It is of half-timbered construction and, for most of its existence, would have been painted in the traditional manner with the walls lime washed and the timbers picked out in black tar. To this day, some of the windows still have old glass set in diamond shaped leaded panes. 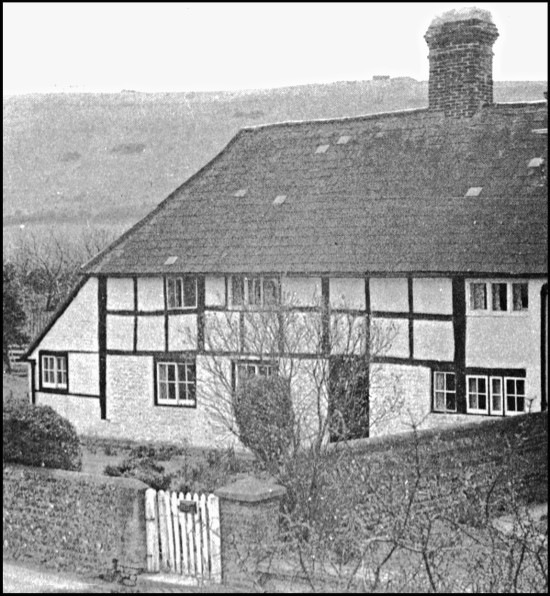 Arbor Vitae in the 1950s (photo from Howe 1958, page 97)
The building comprises a single dwelling today but was probably originally built as two and, at one stage, housed three families. During its history, the eastern end has been extended twice. In the 1980s Peter Sheppard, a property developer, made further additions including eastern aspect dormer windows and a new front porch. He had a good eye and effectively blended the new with the old. In the southeast corner of the grounds, he converted an old wooden shed into a brick and flint garage. This garage was subsequently converted into a calligrapher’s studio. In the 2000s further minor changes were made to the property including a new dormer window at the rear and the erection of an oak, brick and flint wall conservatory.

At the beginning of the 20th century, George Stephen Cane Cuttress owned and operated the brewery at Poynings. He also owned various properties in Fulking, including Arbor Vitae which he sold at auction in 1914. The bill of sale described it as one cottage with its own well, let to George Beard for an annual rent of £15. George Beard was a member of a family who had lived in the parish of Edburton for many decades. He was the uncle of William Beard who emigrated to Australia in 1909. 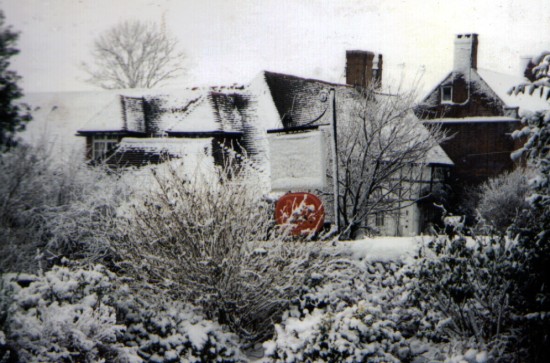 A photograph of Arbor Vitae in the winter of 1991 taken by Stuart Howgrave-Graham. The dormer windows added in the 1980s by Peter Sheppard can be seen to the left of the red Post Office sign.

In the mid twentieth century the cottage incorporated a medical facility. Dr. Robert (Bob) Cunningham-Jones from Hassocks held a weekly surgery there and, when he retired, it was continued by Dr. Paul Wellings from Henfield. In the 1960s the surgery was moved to the village hall. It was discontinued in the 1980s because the facility was inadequate for the purpose.

Whilst he was living at Arbor Vitae, Peter Sheppard began experimenting with plastic mouldings. He almost smoked out The Street when the machine he was using overheated. He sold the house to Derek Lintott and his wife Josephine (Jo). Derek was a surveyor and for a while was Chairman of the Parish Council. Jo was a professional calligrapher who worked mainly at home in the studio at the end of the garden. She also appeared in a BBC Television programme featuring Sussex village life. While she was resident in Fulking she lead a successful campaign to persuade BT not to remove the traditional, red K6 telephone box from The Street and replace it with a more up to date, but totally incongruous, metal and glass booth. The telephone box that she sucessfully fought to save itself became a Grade II listed building in 1988. 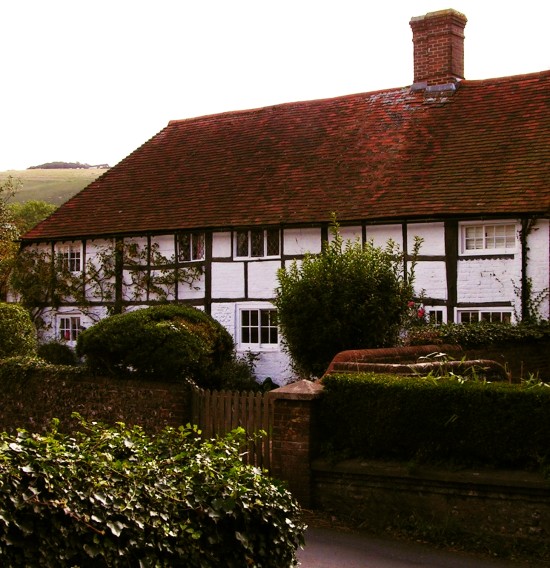 Arbor Vitae in 2007: comparison with the 1950s photo above reveals how the later two-storey extension has seamlessly replaced a single storey lean-to.