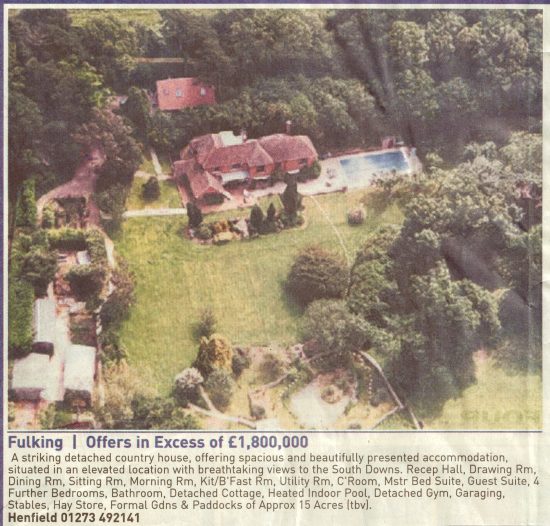 Aerial view of the house and grounds in 2007

Badgerwood House was originally a bungalow, built by Captain Lawrence Clayton, [the architect] Charles Clayton’s son. Captain Clayton was also an architect and took over his father’s business when he died. In a 1934 auction, Dr. Beresford, a surgeon at Brighton Hospital, then purchased the house and grounds, which at the time included Furzefield to the north, along with fields on the west side of Clappers Lane, up to what is today Badger Brook. This combined holding was then called Badgerwood Farm. The bungalow was enlarged to become a house and subsequent owners added extensions to this. During the Second World War, Henry Harris farmed all the land (except what is now the bluebell wood at Furzefield) under the Government War Cultivation programme, to produce food. After the war a large pig farm was established on the site and this was later converted to stabling. The pig farm was later divided up and sold off as smaller parcels of land. Graham and Rosemary French purchased Badgerwood House, but sold off the parcel of land known as Furzefield in the early 1990s. The house has since been altered and extended and a recent owner has also added several features. At one time, a droveway through the grounds of the property provided access from Clappers Lane to Holmbush Lane. 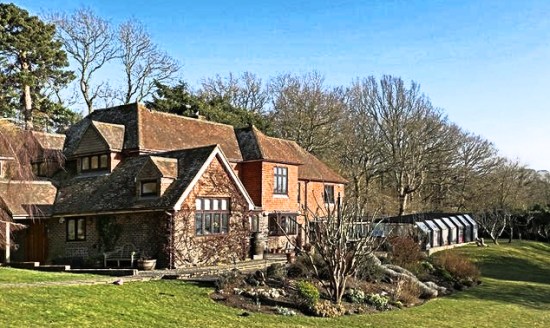