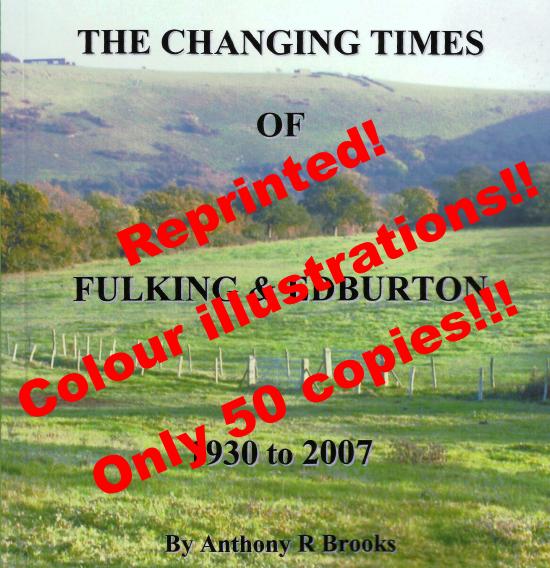 Privately published in an edition of 550 copies in 2008 in aid of St. Andrew’s, Tony Brooks’s The Changing Times of Fulking & Edburton 1900–2007 has been out of print ever since. Secondhand copies occasionally show up on Amazon for £35.00–£50.00. The book recounts the twentieth century history of the parish by telling the story of each building and its inhabitants. It is based on Tony’s extensive collection of documents and photographs and his interviews with numerous residents and former residents. Tony himself has been in Fulking since 1965 and thus knows much of the history at first hand.

If you somehow missed out on the first edition six years ago, or if you are (relatively) new to the village, then you have another chance to get this fascinating book. It has just been reprinted in a limited edition of 50 copies. The reprint has an advantage over the original: many of the photographs are reproduced in colour (the original edition was black & white throughout).

It is available now from the Shepherd & Dog, Springs Smoked Salmon, or Tony himself (tel. 200) for just £15 (he might even be willing to sign it for you). You had better move immediately — it is bound to sell out rather quickly.