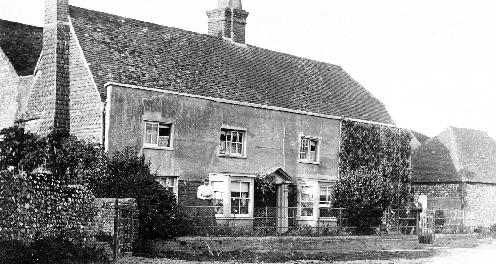 Fulking records between 1910 and 1934 show that Thomas Hills was a tenant until an auction in 1934. At that auction the house was bought by Thomas (Tommy) Walton who had built up a chain of grocer’s shops in Hove and Brighton. He also purchased the adjoining fields which extended north, along the west side of Clappers Lane as far as Brook House and west to the stream that runs from the Shepherd and Dog. The farm became known as Walton’s Farm. Tommy’s sister Eileen lived there, whilst Tommy himself lived at Greenacres in Poynings. 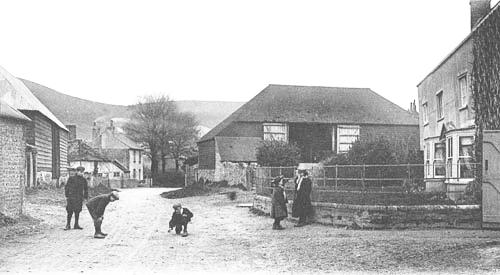 Fulking Farmhouse (right of picture) and barn in the 1900s
During World War II, Henry Harris cultivated the farm under the terms of the wartime agricultural policy. In 1950, the Waltons sold the land, farmhouse and farm buildings to Harris. And he, in turn, later sold most of the farmland and all the buildings to Jack Cook who owned a well respected building company in Hove. While Jack lived in Fulking, he was instrumental in bringing about a number of changes along The Street. Several of the old barns had already been taken down by the early 1950s and the removal of one of Jack’s barns meant that the road could be widened to accommodate the increasing number of larger cars, vans and lorries that were now passing through Fulking. It was also at about this time that he built three new houses in The Street. And, in 1953/4, he donated the land and materials for construction of the village bus shelter.

Jack Cook later sold the house and he and his family moved to Shaves Wood Lane in Albourne. Since that sale Fulking Farmhouse has passed through several hands. In 1987 the house was purchased by a family who, over the ensuing twenty years, restored many of its original interior features and carefully preserved much of the house’s character. 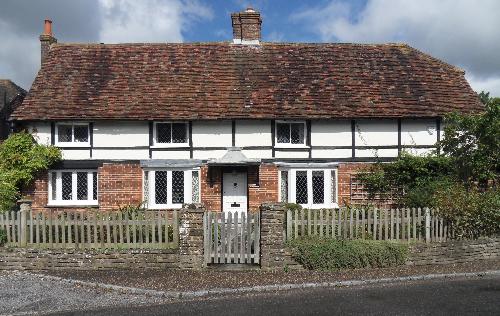