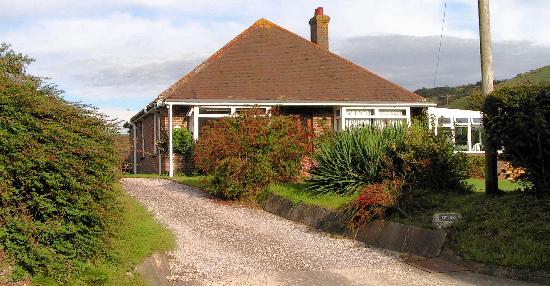 Pippins stands on land that previously comprised two adjoining plots: Kent Field, described as arable and orchard; and Lower Kents, described as pasture, orchards and buildings. Both lots were purchased by Thomas Hills in a 1922 auction for £200 and £160 respectively. At the same time, he also purchased three adjacent cottages: Arcadia (for £215) and Yew Tree and Clematis Cottages (for £260). The entire holding extended north from the Poynings Road to Clappers Lane and included all the land as far as the boundary of Market Garden to the east.

Thomas Hills cleared and cultivated the land. In 1934, he started to build the bungalow. It was originally called ‘The Bungalow’ rather than ‘Pippins’. When he died in 1935, his youngest son Francis continued to work the land as a market garden with help from his wife Florence (known as Flo). They sold their produce through the wholesale fruit and vegetable market in Brighton (see photo below) and later, as the wholesale market became less reliable, from the back door of the bungalow. 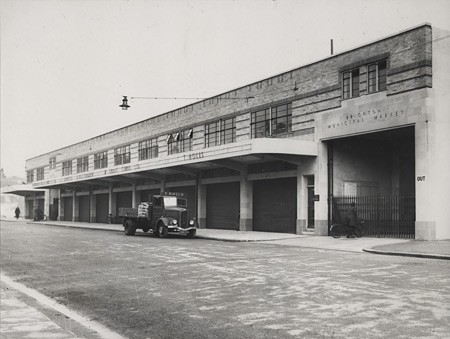 Brighton Municipal Market, Circus Street, built in 1937
Francis Hills was a committed churchgoer. In his younger days he had cycled to Henfield every Sunday to attend services. He was also a stickler for traditional growing methods and loved work for work’s sake. He preferred to dig and hoe his 3+ acres by hand rather than use a plough or any other equipment because it helped to pass the time and keep him fit. The story goes that one cold winter’s day, when a bitter east wind was blowing, a newcomer to the village saw him digging and said, “You shouldn’t be doing that at your age, you will make yourself ill. Why are you doing it?” Francis replied, “Because! I don’t know any other way to stay alive!” He died in 1981, just a fortnight short of his 91st birthday.

In later years, Francis’s son Richard helped his parents with the market garden. As an extension to the back door sales, Richard also established a round in Brighton on two days a week, selling fruit and vegetables. After his mother died in 1977, Richard married Susan (Sue) in 1978 and moved to a greengrocer’s shop in Worthing. On the death of his father, Richard and Sue moved back to Fulking. By this time the market garden was no longer an economically viable business due to its small size and the increasing competition from rapidly expanding supermarkets. Richard then set up in business as a contract gardener and also started work in a local vineyard. Richard and Sue sold up and left Fulking for Hove in 2011. 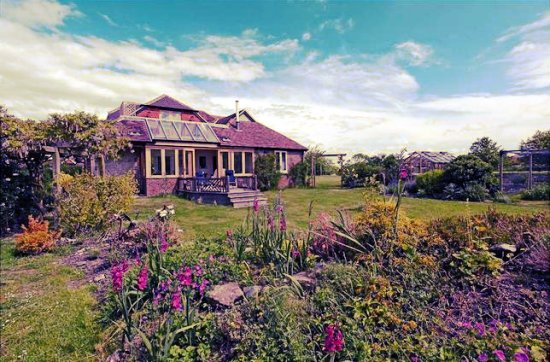