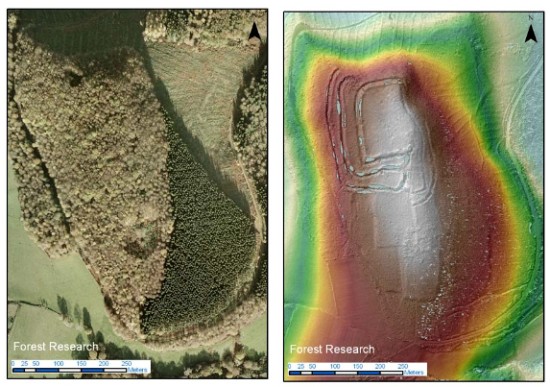 A regular aerial photo compared with a LiDAR image of the same area. The latter reveals archaeological features that are hidden in the former.

The BBC reports that:

Ann Bone, the authority’s cultural heritage expert, said laser technology on a plane would be used to produce a map of the landscape under the trees. Archaeological work on the ground would then follow .. Maps will be created of the most densely-wooded area from the River Arun to the A3 road. .. Data gathered by directing a laser at the ground and measuring the reflected light would provide a three-dimensional map showing all the “humps and bumps” under the forest.