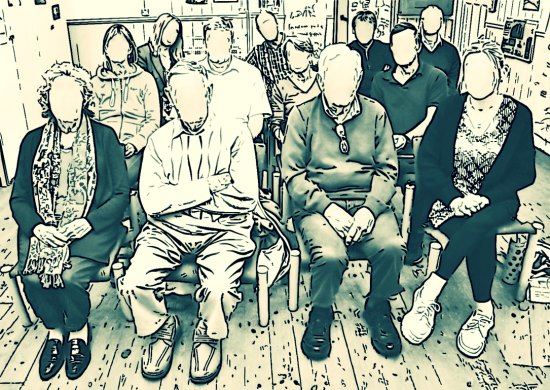 Minutes of Annual Meeting of Fulking Parish Council and Annual Parish Meeting held in Fulking Village Hall on Wednesday 15th May 2018 at 7.30pm

As our Chairman Miles Firth is unfortunately away at a funeral, I will be presenting his report today. Thank you all for attending our Annual Parish Meeting – this is where I explain what we’ve been doing in the last year and what we can look forward to next year.

Firstly I’d like to extend a warm welcome our West Sussex County Councillor Joy Dennis, also to our re-elected representative from Mid Sussex District Council, Colin Trumble and to our two newly elected Liberal Democrat District Councillors Alison Bennett and Rodney Jackson, who will be introducing themselves later. I would also like to extend a welcome to our new parish councillor Samantha Leader. She’s relatively new to Fulking but her positive attitude and support for the community is already making its mark. We look forward to working with her. I would like to thank Michael Trist who is stepping down but has served the community as Chairman, vice Chairman and councillor for over a decade.  Thank you and all the best for the future.

As always, it seems, we’ve had an eventful year…

I’m delighted to report that our now only “new-ish” clerk Trevor has come on in leaps and bounds, having faced being thrown in the deep-end when our previous clerk abruptly resigned. We knew we were onto a good thing when he started offered us hot drinks and biscuits at our regular meetings. He has embraced the training provided by our association of local councils (SSALC) and has begun the CILCA course which will lead to the council having further statutory powers, in addition to the clerk’s professional qualifications.

They say that there are really only three topics all Parish Councils have to deal with: Planning, Parking and Drains

So let’s start with planning: We met to deal with 9 planning applications last year, slightly down on the previous year – but it seemed as if these were more substantial than before. As a council we remain concerned about the impact of simultaneous building work on the village and how the addition of these substantial residences will effect the character of Fulking.

As has become rather the norm, the most contentious application was a further application from Market Garden. Once again after some bureaucratic muddle, the application was called in by the National Park but unfortunately as expected the planning team recommended acceptance.

After gauging the residents views, your council mounted a campaign to oppose the latest application. In this we were ably supported by Mid Sussex Councillors Colin Trumble, John Wilkinson, and Anthony Watts-Williams. Their presentations at the SDNP Planning Committee meeting in Midhurst precipitated an apparently miraculous change of heart on the day and the application was rejected by the Planning Committee. It is of course being appealed, but we have the feeling that SDNP is beginning to take the preservation of the beauty of our corner of the park more seriously.

Regarding finances, Our precept for 2019/20 has increased by 2.5% to £8,950 – lower than the average council increase but sufficient to undertake projects related to the Village Hall, North Town field and parking. We have reserves of about double the precept, slightly inflated by Project Watershed funds (more in a moment)

Our internal audit of the annual accounts has just been completed – a big thank you to Nick Hughes for continuing to do this audit for us without charge – and we will be approving the accounts later in the meeting.

On topic two that all councils deal with; Parking, strangely the pressure has eased a little, in The Street and Clappers Lane perhaps as one resident with many on-street cars has moved on!

However, congestion around the Shepherd and Dog has not changed, especially at weekends and Bank holidays, although deployment of the No Waiting Cones by residents in Stammers Hill has improved the situation. Following last year’s survey, we are still working with WSCC to try and get a Traffic Regulation Order to allow yellow lines to painted on the roads. Unfortunately, Fulking is a low priority and it is a lengthy process however we continue to pressure the County Council to move this forward.

Still on the Highways, we continue to struggle with the HGV sign on the southern end of Clappers Lane. Despite the embarrassing behaviour of some residents, we’ll get there in the end.

On the third key item all councils deal with – drains, or as we say Flooding. Here we’re making good progress via Project Watershed, thanks to Trevor’s persistence.  We have the money in our account to improve the drainage at corner of Clappers Lane opposite Lower Kents – a delicate task. Now that the ground is drier the contractors should start at any time.

More good news; WSCC have agreed drawings for improved drainage on the downs run-off on Poynings road, Edburton road, and several of the northern parts of Clappers Lane. We hope to secure these funds before the Watershed mechanism changes.

Of course, there’s the Village Hall, where we are now in official negotiations with the Parochial Church Council. It’s taken a while to get a legal connection to the church authorities, but we have it now. It’s likely to be slow going, but we are hopeful of getting a lease sorted out eventually.

Finally, a few thank you’s – to all my fellow councillors Miles, Linda, Michael & Karen who continue to devote their time working on behalf of the community.  Also, thanks to our regional councillors, Joy Dennis (WSCC), Colin Trumble, Anthony Watts Williams and John Wilkinson (MSDC) for their support and interest in our village.

Thank you as well to John Hazard and Gerald Gazdar for their contribution to the ever improving and excellent website. Thank you to all of you for attending this evening and being interested in our community.

Cllr Dennis provided the meeting with an update on the following matters:

Cllr Rodney Jackson introduced himself to the Council and residents. A retired Chemistry teacher, he has served as a parish councillor for Hurstpierpoint and Sayers Common for many years and considers it a privilege to be elected to the District Council and to serve the residents of Fulking in that capacity.

Cllr Alison Bennett entered politics as a Liberal Democrat in 2015 and is Preferred Parliamentary Candidate for The Lib Dems for the Arundel and South Downs seat. She has been in business for ten years and has lived in Hurstpierpoint for seven years.

Cllr Colin Trumble reported that MSDC will be a very different “rainbow” council.  Jonathan Ash-Edwards will replace retiring Cllr Gary Wall as Leader of MSDC and the process of formalising new committees starts next week. He is working on closer Parish / SDNPA ties. He will approach Simon Hughes of MSDC to assist with securing improved bandwidth for Perching area of Fulking.

The Clerk presented the Annual Governance and Accountability Return 2018/2019 which has already been approved and signed by the Chairman. Meeting closed at 20:50pm.

Cllr Hind thanked everyone for attending the meetings and invited everyone to stay for refreshments.