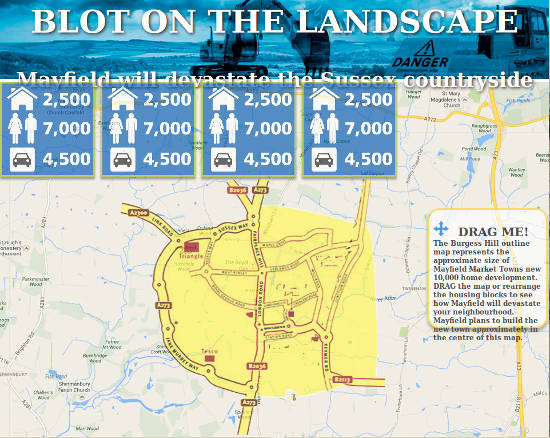 The West Sussex Gazette has a long report. Extracts below:

A highly significant change in the guidance says that councils will no longer have to identify specific sites for development for the last five years of their 15-year plans. The provision was widely seen as unrealistic and was forcing councils to allocate unpopular ‘strategic sites’ for development, like the proposed new Mayfield ‘market town’.

The new guidance also states that infrastructure constraints must be considered in assessing a site’s suitability for development. This addresses a key local concern in West Sussex, where there is a strong feeling that development is allowed without the necessary infrastructure, such as roads and drainage, to support it.

The new planning guidance also addresses another local concern by making clear that emerging local plans should be given weight in decision-making even before they are passed.

The new guidance also encourages brownfield development and clarifies the ‘duty to co-operate’, under which neighbouring councils are required to consult each other on their plans.