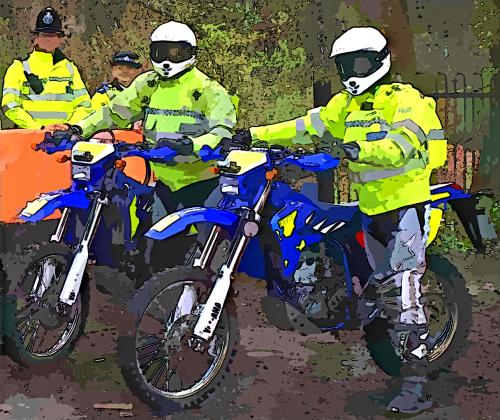 Natural England, the responsible body for Sites of Special Scientific Interest (SSSIs), reports that “the site has been blighted by off-road motorcyclists who have been using it as a track. Damage to the site is worsening over time, with offenders bringing equipment with them to dig tracks and make alterations to suit their sport. .. the area is now being monitored by local police officers in a bid to stop the damage. .. A 23-year-old man from Hove has recently been issued with a warning under the Wildlife and Countryside Act, after being arrested causing damage at the site”.