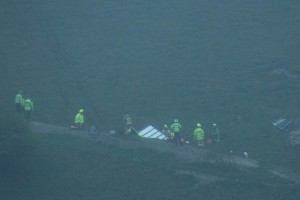 Incredibly luckily, Sheena was saying goodbye to someone on her drive when she heard cries for help coming from the hill. A man called out from the crashed vehicle and they had to shout to each other. Sheena realised that she’d better phone for an ambulance.

Emergency vehicles very quickly turned up in large numbers. There were reportedly about twenty Police, Ambulance and Fire Brigade vehicles at one stage parked along the Edburton Road near Perching Drove. Many were left with their engines running and windscreen wipers wiping as the emergency service personnel had rushed on foot up the hill to come to the aid of the trapped people. 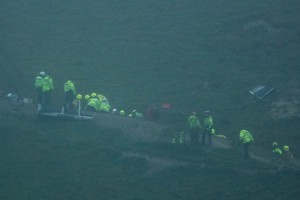 The 26 year old driver was trapped for over two hours as the Fire Brigade gradually cut bits off the Land Rover to free him. He was then airlifted away to hospital by the Coastguard helicopter.

The white Land Rover had been driving along the top of the hill on the South Downs Way with three occupants on board. At some stage it seemed to lose its grip and careered down the very steep side of the hill. The hill is about 400 feet high at that point. The car hit a bank and then came to rest about half way down the hill. The location it ended up made it inaccessible to all the emergency vehicles.

The BBC News website reports that Sussex Police said the driver had suffered serious but not life-threatening injuries, while two other men had minor injuries.

You can also read reports at The Argus, Brighton and Hove News, the BBC and The Mail Online (video footage too). 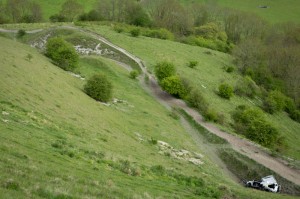 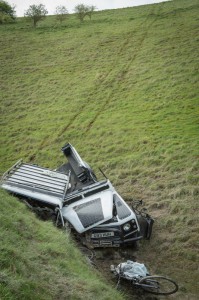 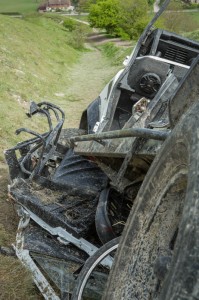 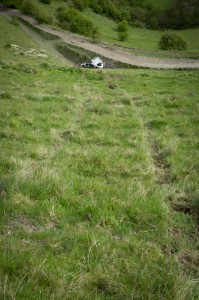 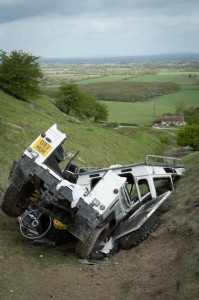 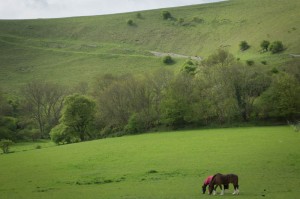 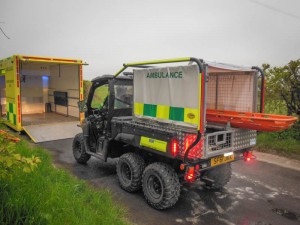 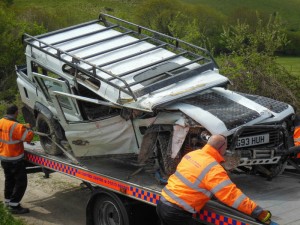