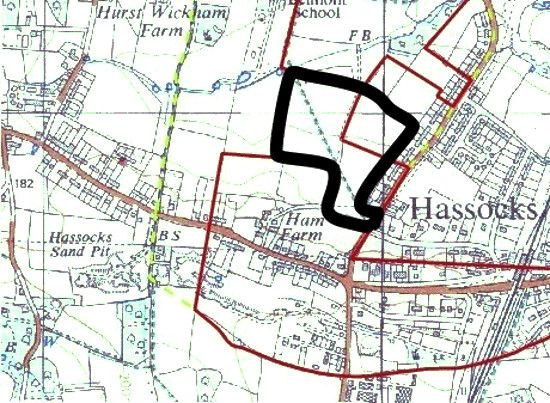 Opposition is growing to controversial plans for 97 homes on greenfield land near one of the most polluted crossroads in Mid Sussex. .. The South Downs National Park Authority says the scheme would be seen from Wolstonbury Hill and “have the potential for significant adverse impact on the national park”.
..
Access to the site would be off London Road, which has an average daily weekday traffic flow of 14,000 vehicles. West Sussex Highways officers have expressed concern about road safety and the impact on Stonepound Crossroads, which, in their words is “subject to severe congestion”.