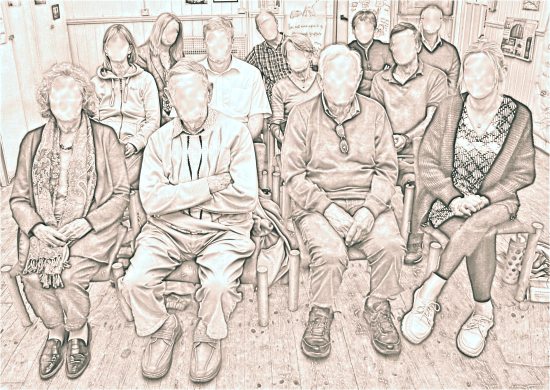 There were 12 members of the public present who were invited to ask questions and make comments prior to the meeting. The meeting opened at 7.30pm.

There were no declarations of interest declared.

The minutes, subject to any amendments, to be approved and signed as a true record of the meeting.

The Parish Council expressed their thanks to Cllr Dennis (WSCC) and the vice chairman, Mark Hind for their hard work to reinstate the gritting of Edburton Road and Poynings Road which had previously been removed from the County’s Plan.

Cllr Firth reported that whilst Phase Two of Operation Watershed had been a success in that flooding in Clappers Lane had significantly reduced, flood water had collected in the bottom field. This is caused by the collapse of a 150mm pipe which will be replaced by the landowner with 300mm pipe by the end of March 2020.

Cllr Firth also reported that an application for Phase Three funding of £7,604 for further repairs to Clappers Lane had been turned down. Cllr Joy Dennis offered her assistance and asked the Clerk to forward the application form to her for a review.

To comment on planning applications received from South Downs National Park being SDNP/19/05563/LIS Refurbishment of barn to include replacement of existing conversion with new fit-out, doors and windows at Perching Barn Edburton Road Fulking BN5 9LR.

The owners of Perching Barn attended the meeting and provided some clarity on their plans for the Barn.

FPC requested that the applicants include as part of their Construction Management Plan a ban on contractor parking in the Edburton Road. Contractor parking should only be allowed on the site or (by agreement with the owners) on Perching Drove.

That access to site should only be from the west via A2037.

With no increase in the size of the property and the improvements to the character of the building the Parish Council voted its UNANIMOUS SUPPORT.

2 Village Signs – Cllr Firth to propose refurbishment/replacement ideas to present to Council with a view to polling residents to see which option is the most popular.

3 Ram Pump Noticeboard – progress is being made and Cllr Hind is resourcing a photo of John Ruskin.

5 Fulking to Henfield Bridlepath – A meeting was held between Fulking and Woodmancote Councillors and the Head of Highways West Sussex who will establish whether a fixed crossing would be allowable under Highway rules. We are awaiting the results of the initial desktop survey from WSCC.

6 Visionary Exercise – Clerk to email Trevor Leggo, Chairman of Sussex & Surrey ALC to suggest suitable dates for a meeting with Councillors to move the exercise forward.

7 Mayfield – The next Inter Parish Meeting is set for 6th February in Albourne where a Fulking Councillor will be present.

8 Village Hall Lease Update – Cllr Firth advised that he had had no replies to his recent chaser email to the PCC.

9 Exercise Equipment – Cllr Firth suggested this should become an item for the next Parish Meeting.

Preparations for The Fulking Fair are progressing well.

Email correspondence from Michael Scammell from SDNPA advising that the new Conversation Plan for Fulking was nearing completion and that a draft report will be sent to the Clerk.

Councillors reviewed the spending so far for 2019/2020 and the planned spending to end of the financial year which is in line with expectations.

The clerk presented the budget for 2020 / 2021 and proposed a 6% increase in precept to £9,450 bearing in mind the additional expenditure of the village hall once the new lease is agreed, planned improvements to NTF and potential cost to the Council of white / yellow lines.

There was no correspondence.

It was noted that several of the topics raised in Matters Arising and the Precept discussion may require grant funding. Parish Clerk to investigate general grant funding availability.

Date of the next Ordinary Meeting: Thursday 2nd April 2019