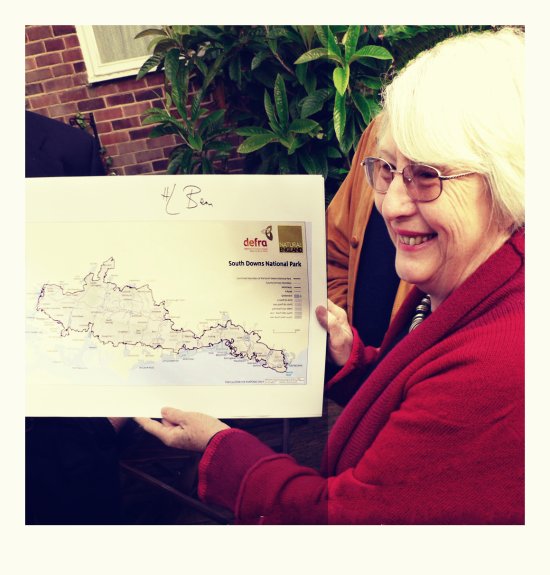 The West Sussex Gazette reports that:

Margaret Paren OBE has been re-elected as chair of the South Downs National Park Authority for the fourth year .. [She] became chair at the authority’s inaugural meeting in April 2010. Her working career was spent in Whitehall, mainly in the Ministry of Defence but also with spells in the Cabinet Office and in the National Audit Office. Following early retirement she became involved in local community activities and the Campaign for the Protection of Rural England. From 2001 she was involved as a campaigner for the National Park and as a member of the South Downs Joint Committee.