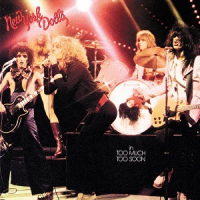 The Country Landowners Association has been telling the Midhurst and Petworth Observer about their views on the South Downs National Park Authority’s looming Community Infrastructure Levy. Their enthusiasm is muted:

An unfair and unreasonable CIL system .. could stifle the rural economy and exacerbate the  lack of rural housing in the area. We are concerned the SDNPA is planning to introduce this levy too soon and without demonstrating sufficient evidence for a genuine consultation. If the new charges are to be introduced, they must be planned and delivered through a thoughtful, transparent and evidenced process rather than a rush to raise money. The stated date for adoption of the South Downs Local Plan is 2017, but the CIL charges are proposed to start in 2015. At the proposed rates, the levy on developing a three-bedroom house of 150 square metres, for example, would add £30,000 to the development cost. If these charging rates are not developed with care and evidence, there could be a severe consequence on rural development ..

[Discographical footnote: it is the forty year anniversary of the release of Too Much Too Soon by the New York Dolls.]