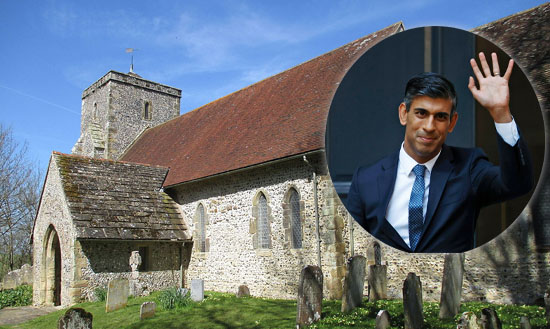 St Andrews Quiz evening
This annual event, with a brilliant quizmaster, always so well organised and with a delightful supper, has been a great pleasure for quite a few years now. Last Friday the Furzefield Four, comprising the recent and current owners of that property, had a disastrous attempt at answering most of the questions but in spite of that had a most enjoyable evening. This really is a fixture on the local village calendar. Long may it reign!

Democracy?
Considering the ghastly mess that this Government has got all of us into, it is worth reflecting that the poorest will suffer the most and the wealthiest the least. I count myself as one of the more fortunate citizens and am enthusiastic to change this imbalance as soon as possible. Our nation has staggered along under a system that is flawed from top to bottom. Because change should start at the top I suggest the following changes should be considered. The Monarchy should be modernised and be subject to same laws as the rest of us. The Parliament buildings containing the Houses of Commons and Lords should be sold off and the proceeds invested in a new and modern parliament in the Midlands, which after all is nearer the centre of England. Members of Parliament should be elected by proportional representation and the House of Lords members should be similarly elected by the voting public. The Prime minister should only be chosen by the electorate and the enfranchisement age reduced to 17 for all elections. All remuneration and expenses for elected representatives should be carefully scrutinized and either reduced to acceptable levels or scrapped. The revaluation of domestic property should be updated as soon as possible for council tax purposes with second properties subject to double that tax. Having moaned about all that, and to be completely apolitical, I do sincerely wish the new Prime Minister the very best of luck. He seems a decent sort of man and I am delighted we have a leader who, for the first time, is a person of colour. He faces a very difficult journey but, so long as he has support from his own party, he may be able to lead us put of this mess.