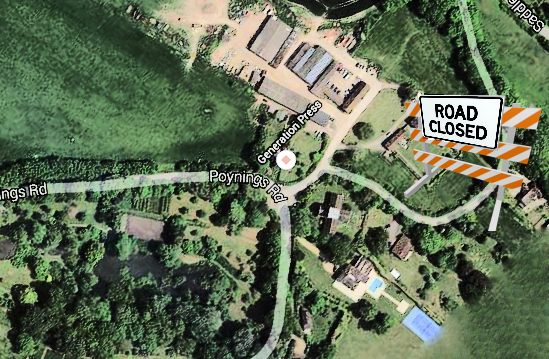 The dog-leg that connects Poynings to the Saddlescombe Road is to be closed from Wednesday 11th January until .. Tuesday 17th March 2017 — according to the obvious nonsense circulated by Matt Davey, Director of Highways and Transport at WSCC.

Update 14th January: as of 5:00pm this afternoon, the road was open. That does not mean it will be open on Monday morning, though. Proceed cautiously.