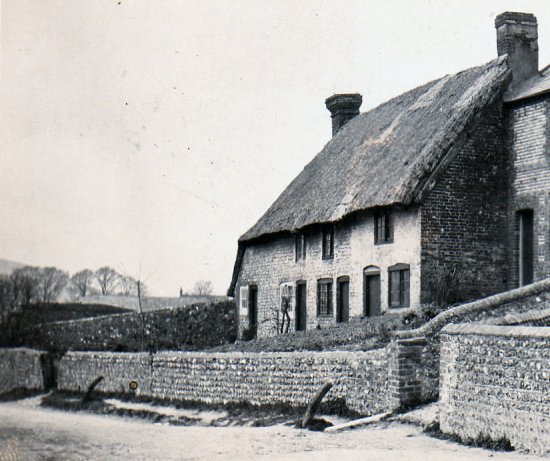 Old Thatch, circa 1900. Note that each of the four component cottages had a front door and an adjacent ground floor window.

Old Thatch is a Grade II listed house on the north side of The Street adjacent to the North Town Field. Now a single dwelling, in the nineteenth century it comprised a terrace of four cottages. The listing details read as follows:

Old Thatch was originally built in a hall (barn) style. It was constructed without ceilings or chimneys and a hole in the thatched roof allowed smoke from fires to escape. Hence, the roof beams are covered in soot. The house now has a large inglenook fireplace, reputed to be the only one in the village that does not smoke. The original building was timber framed with lath and daub infill, some of which is still visible at the rear of the house, and a brick extension was added on the west (left) side of the present front door. The original façade was destroyed at some time by fire and was rebuilt using flints. The front windows were originally small square panes of glass and the stumps of the window bars that were cut out in the 1920s to make way for the existing diamond shaped leaded lights are still evident. The marks where the four cottages were later merged into a single dwelling are still just about visible on the front elevation. Old Thatch has a cellar under the eastern end of the building with a drain that at one time discharged onto The Street. There is a well in the front garden, some eighteen feet deep, which is somewhat below the average level of the water table in the village. John Durrant (see below) sealed this well off — it was not filled in — and constructed a pond over it. Frogs and toads once inhabited the cellar under the house and they probably used the well to breed.

The nineteenth century census records are somewhat opaque with regard to the identity of persons living in the smaller houses in the parish. However, the order of names suggests that members of the Burtenshaw family were resident in one of the four cottages in both 1881 and 1891, with a branch of the large Lelliott family living next door in 1881. Both Amos Burtenshaw and Walter Lelliott were farm workers. 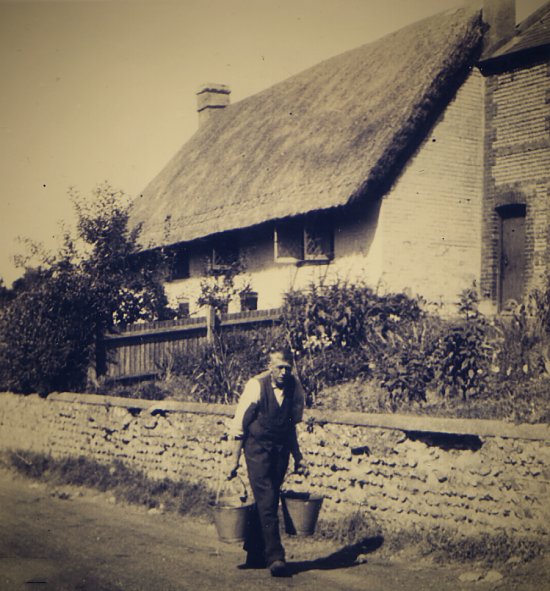 Old Thatch in 1947. The resident with the buckets is returning home from the fountain adjacent to the North Down Field. Fulking did not have mains water at the time.

The house was vacant during WWII and during this time it was used as the headquarters of the 13th Platoon of the Home Guard. This included some thirty men from Fulking and Poynings There were three officers, four sergeants and two corporals. The youngest member was a mere fourteen years old and the oldest was about seventy. Their Captain was a Mr. Molesworth who lived at The Dean on Poynings Road. They paraded, and were inspected, in Fulking Village Hall every Wednesday night at 7:00pm by Sergeant Henry Harris. Every night, two members of the platoon patrolled the area. They were given the next half-day off work. Their orders were to raise the alarm if they saw spies or troops being parachuted in. They were also trained to shoot advancing enemy troops and blow up tanks that might cross the Downs during an invasion. 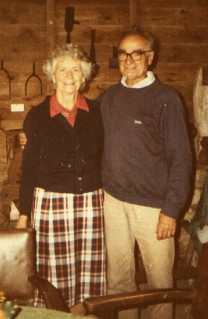 After the war, the house was purchased by the Wallis family. It was then sold to John and Peggy Durrant in 1953. John had been an RAF Squadron Leader in WWII and was awarded the Distinguished Flying Cross for his courage and devotion to duty while on active service. He was very much involved in the conservation of the village and spent a considerable amount of time, on a voluntary basis, maintaining the North Town Field. He always supplied electricity for village events in the Field and the present owners carry on this tradition.

John also did everything he could to save the village post office from closure. At the time, the Royal Mail assessed the financial viability of its premises by the number, not the size, of transactions carried out. So, every morning, John would deposit one pound in an account and in the afternoon withdraw it, thus ensuring that the number of daily transactions was boosted. Regrettably this ploy failed to save the post office. 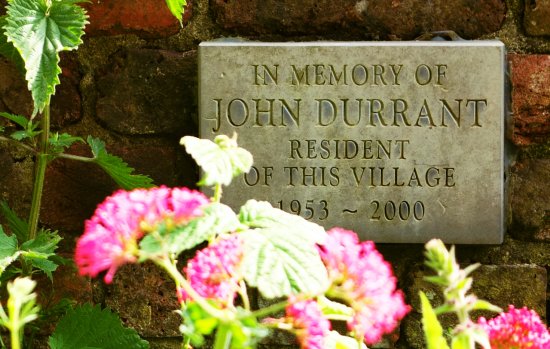 A plaque on the outside of the west boundary wall of Old Thatch, just inside the entrance to the North Town Field, commemorates John Durrant’s life in Fulking. 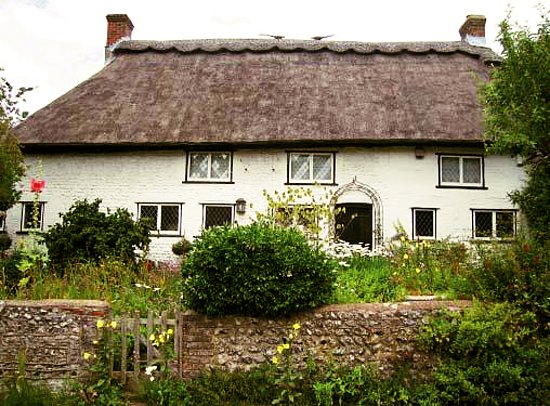 A 2008 photograph of Old Thatch taken by Ed Lancaster for the MSDC Fulking Conservation Area Appraisal.