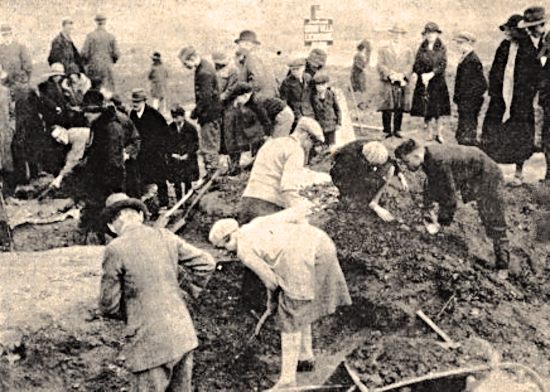 A talk by Jeffrey Leigh to Beeding & Bramber Local History Society at 7:45pm in Upper Beeding Village Hall on Wednesday 4th May.

The villa waa probably built in the first century AD, some 50 years after the Romans first arrived and was palatial in size, the second largest villa in Sussex. As such, it would have been the centre of a large and important estate. The site was lost until the 19th century when people found coins and pottery in what was then a market garden. The first excavation followed in 1845. The site was excavated again in the 1930s and then donated to the Sussex Archaeological Trust in 1932 by an anonymous benefactor. Subsequently, Manor Hall Road was driven through part of it. Nowadays, the Manor Cottage Heritage Centre has a permanent exhibition about the villa’s history and about the various efforts to excavate the site.