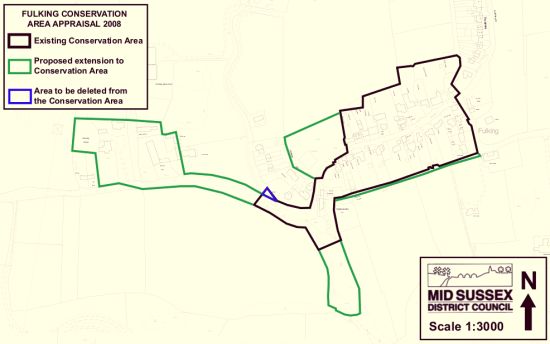 In November 2007, Mid Sussex District Council (MSDC) held a public meeting and an exhibition to illustrate the work that had been carried out on Fulking Conservation Area Appraisal over the proceeding months. The public meeting was held in the Village Hall, the Street, Fulking on Thursday 12th November 2007. The exhibition was held in Hurstpierpoint Library, Trinity Road, Hurstpierpoint from Monday 26th November until Friday 7th December. At the time, exhibition panels were also made available on the MSDC website. 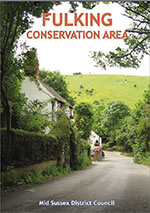 The exhibition included a detailed assessment of the character of the conservation area, suggested a number of changes to the boundary and provided some potential ideas for enhancement. Questionnaires relating to the draft management proposals were made available at all of the locations listed above. The deadline for the receipt of comments was Friday 14th December 2007.

In May 2008, as a result of local consultations, the MSDC Planning Policy Division issued the Fulking Conservation Area Appraisal Document (PDF).

Another document (PDF) summarised the comments the Council received to the questionnaire and set out responses prepared by officers on behalf of the Council to the main issues raised. Wherever possible suggestions made by the public were included in the appraisal document.