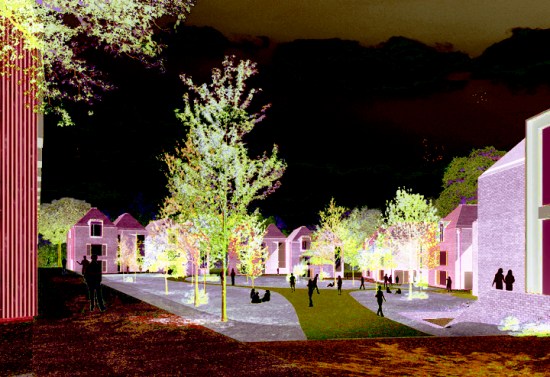 We have been informed that the Durand Academy has withdrawn their appeal against the SDNPA’s refusal of planning permission at St Cuthmans School. All arrangements for the hearing have had to be cancelled at very late notice – on the eve of the pre-inquiry meeting. Both the SDNPA and the local community have devoted considerable time and effort to get to this stage. The withdrawal reflects the high quality of our original appraisal of this development and confirms our wider stance on major developments in the National Park. We are now moving to recover the considerable costs incurred to the public purse in preparing for this appeal.

Despite the pending bill, it seems that the Academy intends to revisit Overlook Hotel:

The appeal was based on a planning application we submitted in October 2013 and we are confident that, now we are settled and operational on the site, we can rework the proposition effectively. .. So we want to take the opportunity now to work closely with the local community and planning authority, to adapt and rework the proposition going forward collaboratively.

Perhaps they should hire Lee Newlyn as a consultant or relocate to Mayfield Market Town.

Update 20th December: the Midhurst and Petworth Observer has more information about the impending efforts to recover the costs of the appeal.

Our earlier reports on this potentially precedent-setting application can be found here (May 2013) and here (December 2013).