Tottington Manor viewed from the east in 1949

The Auxiliary Units were, in effect, created to be the ‘British Resistance’ in the event of a German invasion of this country. Colonel Colin Gubbins was given the task of forming this resistance in June 1940, a time when the threat of invasion was very real. He gave them the deliberately nondescript title of ‘Auxiliary Units’ often shortened to ‘Aux Units’. They were provided with the best available weapons, including plastic high explosives, without regard to expense. The Aux Units were formed into small localised patrols all around the country. Each county was given an Intelligence Officer, holding the rank of Captain, whose initial task was to create these patrols. Although potential members of the Aux Units existed within the regular Home Guard, not all the men were recruited there. It was essential for members to have an intimate knowledge of their area, consequently farmers, game keepers, market gardeners and people of similar occupations joined their ranks, many being in reserved occupations.

Everything about their existence was kept highly secret. Each patrol required an underground hideout, known as an ‘operational base’. These bases were well hidden and purpose built to house the patrol in the event of an invasion. The operational base also contained food, water, ammunition and explosives. In the event of invasion, each patrol was to secrete themselves in their operational base and wait for the Germans to occupy their area. Emerging only at night, the patrol would then have conducted acts of sabotage. Roads, bridges and railway lines would have been targeted for destruction and lines of communication or supply would have been severed. 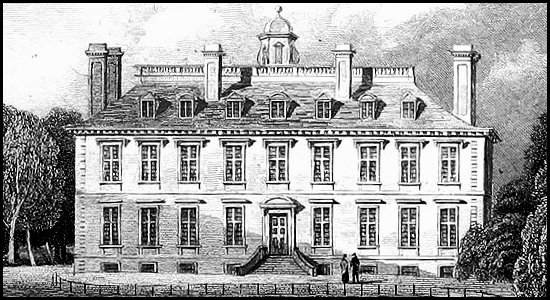 Coleshill House, the national headquarters and training base for the Aux Units

All patrol members were initially given an intensive training weekend at Coleshill House, the Aux Unit national headquarters in Highworth near Swindon, Wiltshire. This weekend course covered how to use all the available equipment effectively, especially the plastic high explosive. Further training was delivered in their own locality by regular army personnel known as ‘Scout Patrols’. 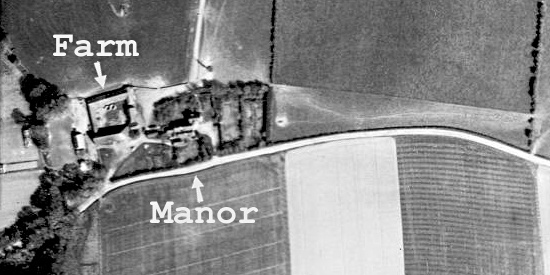 During the war years Tottington Manor was owned by the Ricardo family who had operated an engineering works in Shoreham. They moved the works and themselves up to the Oxford area, leaving Tottington Manor empty.

The manor’s central position in Sussex along with its isolated location made it ideal for a regional base for the Aux Units and it was duly requisitioned. The Intelligence Officer and his personnel were based at the Manor. They included a couple of drivers, a cook, a clerk in charge of paperwork, a Lance Corporal from the Royal Corps of Signals as a radio operator and a Corporal from the Royal Engineers. 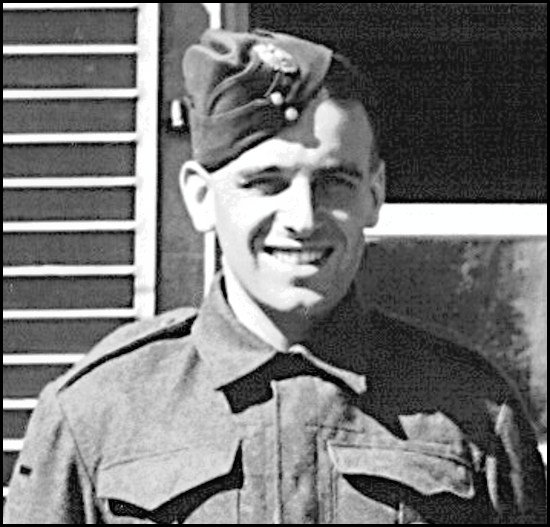 The Manor had its own underground hideout. It was built by the resident Royal Engineer, Corporal Frank Mayston, a builder by trade who lived in Henfield. He built the hideout with a few of his men “in their spare time”, as he put it. On invasion, the men based at Tottington Manor would have become a patrol themselves, using the hideout as their base. The idea was to leave the Manor looking like it had been abandoned. In fact, there were various booby traps set — such as trap wire connected to cupboard doors and inside drawers that would detonate small explosive charges when opened. Cut down green bottles were filled with explosive and a candle placed in the bottles neck. The candle once lit would become a fuse to blow the charge. Hand grenades were disguised as coal and left in the coal bucket next to the fireplace. 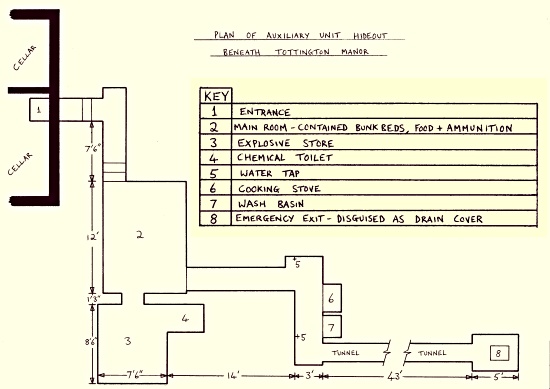 Entrance to the underground hideout was gained through a sliding hatch in the Manor’s cellar floor. Short corridors and a set of steps led one into the main room and adjacent store. These rooms contained bunk beds, food stores, ammunition and explosives. A further short passage led to a cooking area and terminated in an emergency exit that took the form of a two foot diameter concrete tunnel. The tunnel is forty three feet long and runs out under the Manor’s garden with its exit disguised as a drain cover. The hideout had electric lights and a water supply, both were tapped from the Manor above. A primus cooker was built into one of the walls and there was a wash basin next to it. 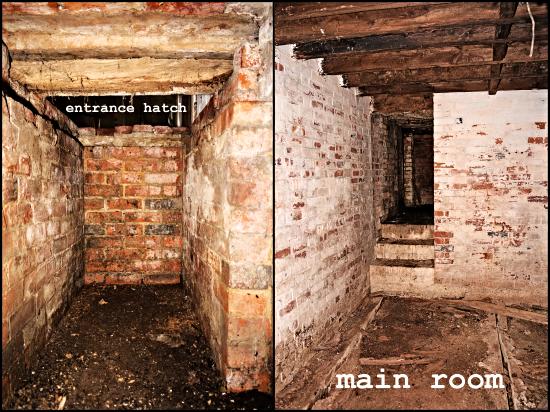 Tottington Manor was not only used for weekend training of Sussex patrols, but also regularly staged inter-patrol competitions. An assault course for night-time training was constructed in the grounds. This course proved to be very popular with all the patrols. 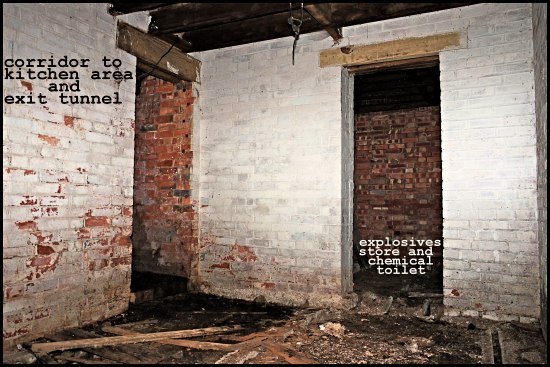 Supplies of plastic high explosive were brought down from Coleshill House each month to be stored at the Manor. These were then issued all over Sussex to each patrol as they were required. One unofficial use for the plastic explosive was pond fishing. Only a small piece about the size of a golf ball was needed. After the explosive was thrown into the water, the shock waves from the explosion would stun the fish, making them rise to the surface and allowing them to be harvested with a net. 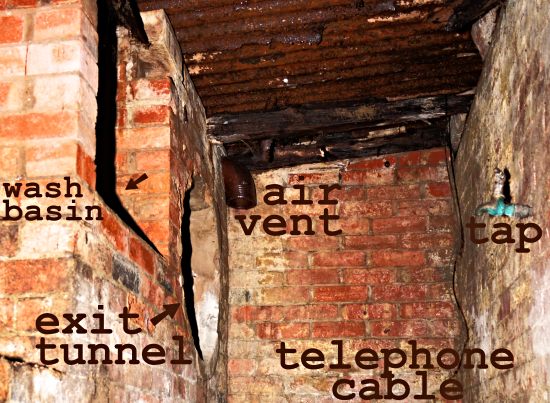 A close-up of the area immediately surrounding the entrance to the emergency exit tunnel showing a glazed air vent pipe, a tap, and a telephone wire that was once connected to a lookout on the Downs

Two underground lookouts were also constructed on the Downs by Corporal Mayston and his men. One of the lookouts was half a mile to the south of the Manor, and gave a good view of the Manor and its grounds. The lookout was only big enough to house one man but had a direct telephone link to the hideout under the Manor. This would have been used to inform the men in the hideout of all the German troop movements taking place around them. The other lookout was three miles to the east, and looked out onto the roads around Poynings.

Sussex was in the front line of a German invasion and as such would have played a key role during the hours and days following the initial landings. The men within the Aux Unit patrols were all volunteers, highly trained and ready to do what they had been trained to do unseen after nightfall. Thankfully, they were never needed. It was predicted that the patrols would have had a life expectancy of just two weeks after the start of their campaign. 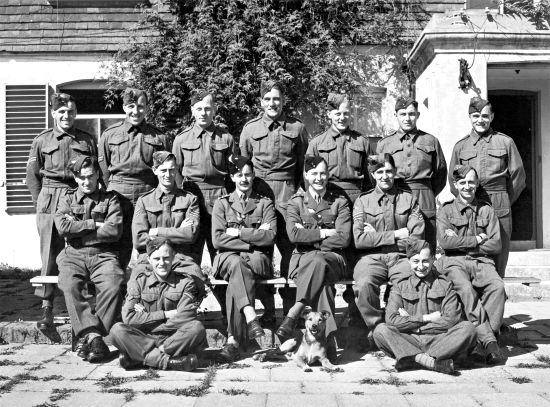 A formal group photo of Corporal Frank Mayston’s Auxiliary Unit Platoon outside the porch at Tottington Manor in September 1943. Frank is standing at the back on the far left. Seated, third from right, is Captain Roy Bradford, the Intelligence Officer for the unit. He spoke French and was recruited by the SAS in 1944 to fight with the French Resistance. He parachuted into France that year and died in a firefight with German forces.