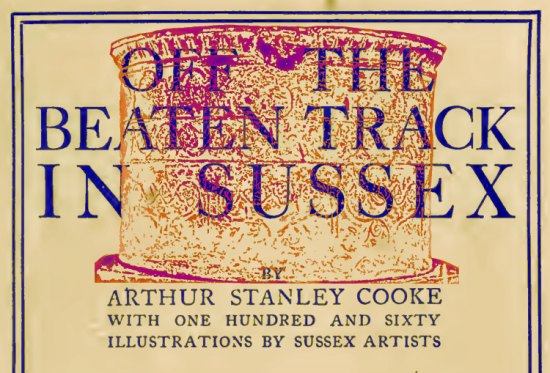 Lead fonts are extremely rare — there were just thirty left in England in 1909. The churches at Edburton and Pyecombe each have one, probably created in the Norman era by the same craftsman. Lewis André and Lawrence Weaver will tell you what is known about them.

Arthur Stanley Cooke also enthuses about the font at St. Andrew’s in the course of his erudite report of a circular walk that he took in the very early years of the twentieth century, starting at the Dyke Station and taking in Poynings, Fulking and Edburton. Fulking did not detain him long but his enthusiasm for Edburton is obvious.