The Shoreham Herald reports that work is about to begin on the new bridleway that will allow users of the Downs Link to avoid having to cross the A283.

The underpass scheme is intended to provide a much better and safer route for walkers, cyclists and horse riders by removing the need to cross the open A283 bypass, which is extremely dangerous, you usually take your life in your hands crossing at this point.

This means having a look at the site and clearing scrub and trees or tree roots that may need removal along the highway verge. This initial phase will take a couple of weeks and then proper construction works will start on Monday, August 18, and it is hoped that these will last no more than four weeks to complete. The finished pathways will then be left to settle down for a couple of weeks more and then [be] fully open to pedestrians, cyclists and horse riders. 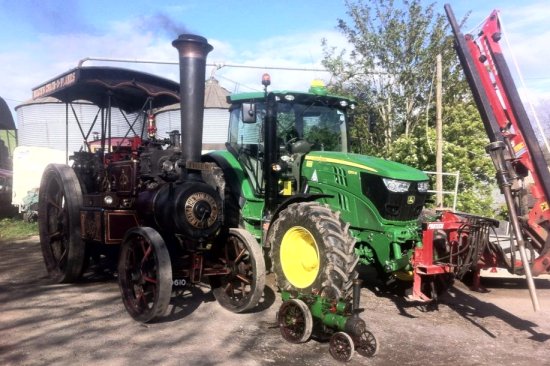 The farm is due south of Perching Manor and you can walk there from Fulking without crossing a single public road. There are two quite different routes so you can make an interesting circular walk out of a visit. A copy of OS Explorer 122 will prove useful if you haven’t done it before.

Readers of the Yr Arolygiaeth Gynllunio report [PDF] cannot help but notice that the inspectors were much exercised by Tottington Mount. It is discussed or referenced on no fewer than 32 pages. By contrast, there isn’t a single reference to Truleigh Hill anywhere.

Tottington Mount lies between the Truleigh Hill Youth Hostel and Tottington Manor Farm. There is a public footpath opposite the farm that will take you up and across the mount. It is extremely steep for much of the route. Apart from the splendid view to the north, there’s not much to see. You will pass a long low earthwork as you near the summit. The mount itself just looks like canonical downland to an inexpert eye. As the map above indicates, the trench will bisect the mount.

Tottington Mount is a virgin patch of Downs that has never been ploughed. As a consequence, it hosts noteworthy plant species (page 57). The works area for the trench is to narrow from 30-40 metres to 20-30 metres as it cuts across the area (page 94). E.ON will be spending £330K on bog matting and other mitigation expenses on this small section of the trench (page 38). Some details of the mitigation plans, and the SDNPA’s scepticism about them, can be found on pages 57-58. The inspectors think that these mitigation efforts may well fail (page 41). The trench will skirt the Beeding Hill to Newtimber Hill SSSI (Site of Special Scientific Interest) with a margin of about 50 yards at Tottington Mount. Disturbance to the chalk grassland species living within the SSSI will be ‘negligible’, apparently. Indeed, these species are set to benefit significantly from all the environmental monitoring that will be happening at Tottington Mount as part of the mitigation exercise (pages 52-53). However, Adonis Blue caterpillars may not share this upbeat view — they risk losing their lunch (pages 67-68).

The earthwork is a Bronze Age cross dyke and is listed as an ancient monument. The trench will go right through it (click the map above to see the detail of this), something that English Heritage refers to as a “substantial harmful effect” (page 178). The good news is that archaeologists will be funded to root around in the rubble — “appropriate archaeological supervision” (page 179, pages 398-399) — and English Heritage felt able to rule that “the harm is necessary in order to deliver substantial public benefits that outweigh the harm” (page 178). In turn, the inspectors concluded that there will be “be no loss of significance of any designated or undesignated heritage asset” (page 182) notwithstanding the “risk of adverse effects upon heritage assets, including the Tottington Mount Scheduled Ancient Monument” (page 227). 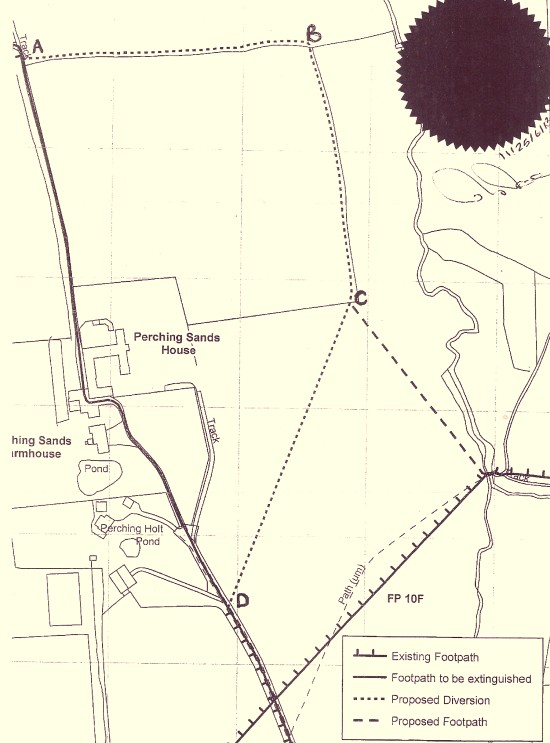 You can download a PDF version of the notice here.

The Sussex Express quotes Keith McKenna of Footprints of Sussex:

“We have found a lovely 10½-mile downland route between the two, avoiding the more obvious South Downs Way, and have arranged tea and cakes at the end and a coach to take us back to Pyecombe.”

Footprints is organising the walk in conjunction with Pyecombe Church. The local community has an ambitious project to improve facilities at the church for the many visitors who pass through the village on one of the walking trails.

The cost is £17.50 per person including the coach travel from Lewes to Pyecombe and tea and cake at the end of the walk. The walk is to start promptly at 10:00am from Pyecombe Church on 17th May. The booking form is here [PDF]. 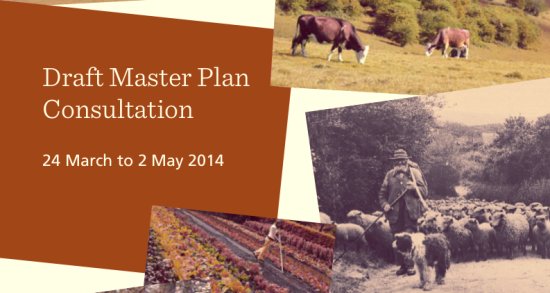 The Masterplan will be developed further once the consultation is completed; a report will then be presented to council committees in July 2014 asking for permission to submit a grant funding bid. If approved, a bid to the Heritage Lottery Fund and Big Lottery Fund will be made in August 2014 to apply for funds to take the plans into the next level of detail. After a further eighteen months of development a final plan will be ready for a second stage bid in 2016 which if successful would allow the project to be delivered on the ground 2017-2019.

Much more, in a similar vein, here.

Fulking Public Path 4f – Part Diversion Order is now being formally re-advertised during the period 27th March 2014 to 24th April 2014. Click the map above to download a four page PDF of the order. You can see the original advertisement here.

To make any comments or objections (by the deadline of 24th April 2014), email West Sussex Legal Services here or write to:

In the Village Hall. Members of the press and public are welcome to attend.

The Shoreham Herald reports that WSCC Rights of Way Committee has now agreed to the new bridleway that will allow users of the Downs Link to avoid having to cross the A283:

It will run close to the River Adur, passing under the A283 road bridge, through a field, across a ditch and through a wooded highway verge to rejoin the Downs Link at its existing crossing point. It adds 970m to the length of the route.